When operating a remote observatory, complete control of the devices rest with the remote INDI servers and drivers. In case of a communication loss, the observatory should be capable of performing a graceful shutdown until communication is established again by the client. 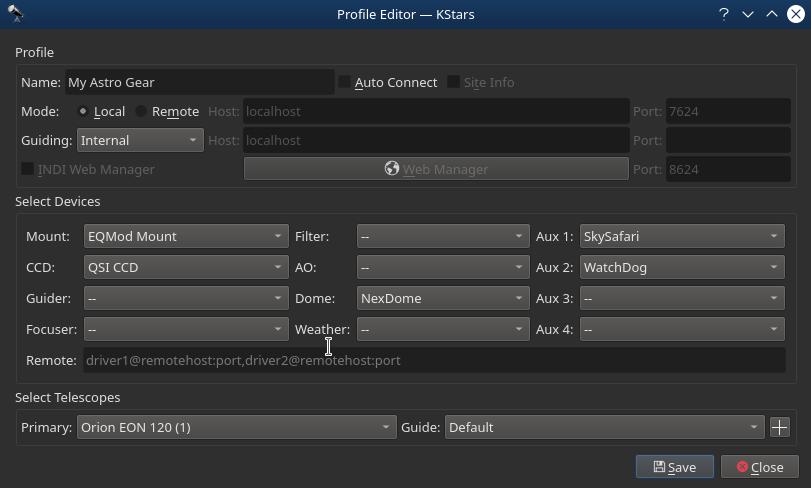 The Watchdog driver is categorized as an Auxiliary driver. It can be found in the auxiliary category group in your favorite client.

Before establishing connection, set the Mount & Dome driver names in Options tab. Some clients (e.g. KStars) would do this step automatically. If your observatory does not have a dome, simply leave it as the Dome Simulator.

To park the mount and dome, the driver needs to act as a client as well in order to issue such commands. You need to specify the indiserver host and port where the dome and mount drivers are running. This is usually localhost at port 7624 which is the default value. The shutdown script can be used to perform any additional shutdown functions (e.g. turn off power, send email...etc). You can use Python INDI Client library to command devices, or INDI's built in scripting tools. All values can be saved in the config file by going to Options and clicking Save under the Configuration property. On subsequent runs, all values shall be loaded automatically on start up.