INDI ActiveFocuser driver is included with libindi >= 1.8.8 Under Ubuntu, you can install the driver via: 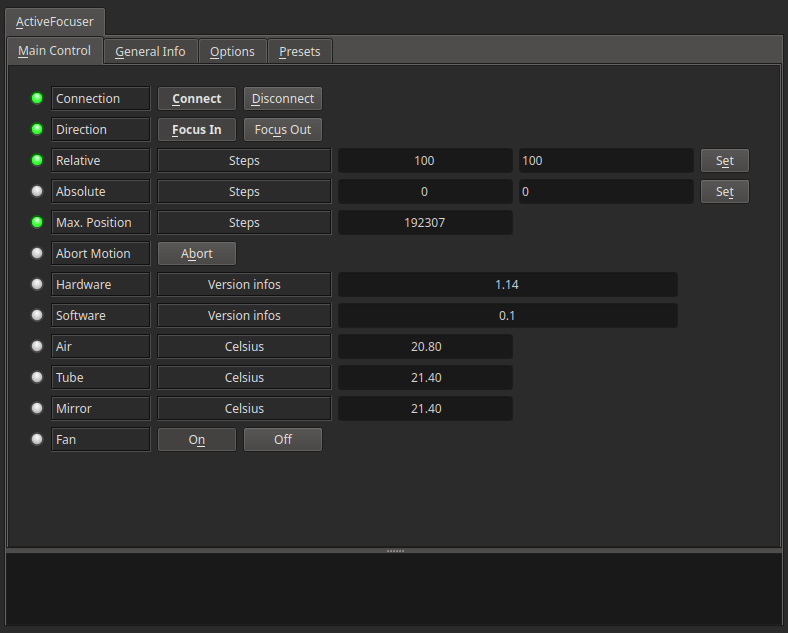 The ActiveFocuser driver is used to control the focuser on the Mewlon-250CRS and CCA-250 from Takahashi.

Those focusers can be controlled to get the perfect focus with your scope and they also include three fans and three temperature sensors used to find the thermal equilibrium of the scope.

This driver can be used to :

This driver has been made by Takahashi Europe team.

In order to connect to the focuser you just have to plug the USB cable and power up the focuser.

The driver will automatically connect to your device using their hardware identifiers.

After connecting, the focuser is ready to go and you can use this driver in any other INDI application in order to control the focuser from your Mewlon or CCA.

The Options tab contains settings for all drivers that include polling (frequency of updates), logging, and debugging. 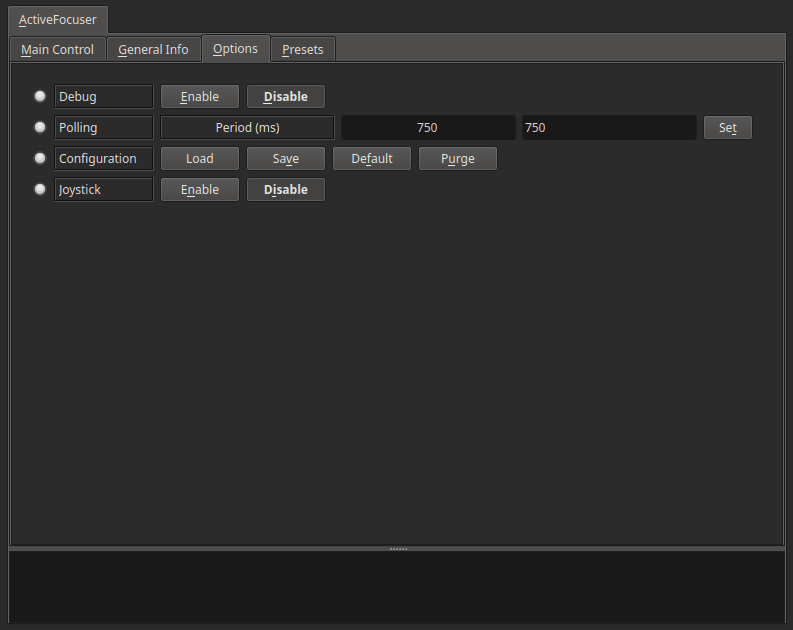