INDI RBFocuser driver is included with libindi >= 1.8.8 Under Ubuntu, you can install the driver via: 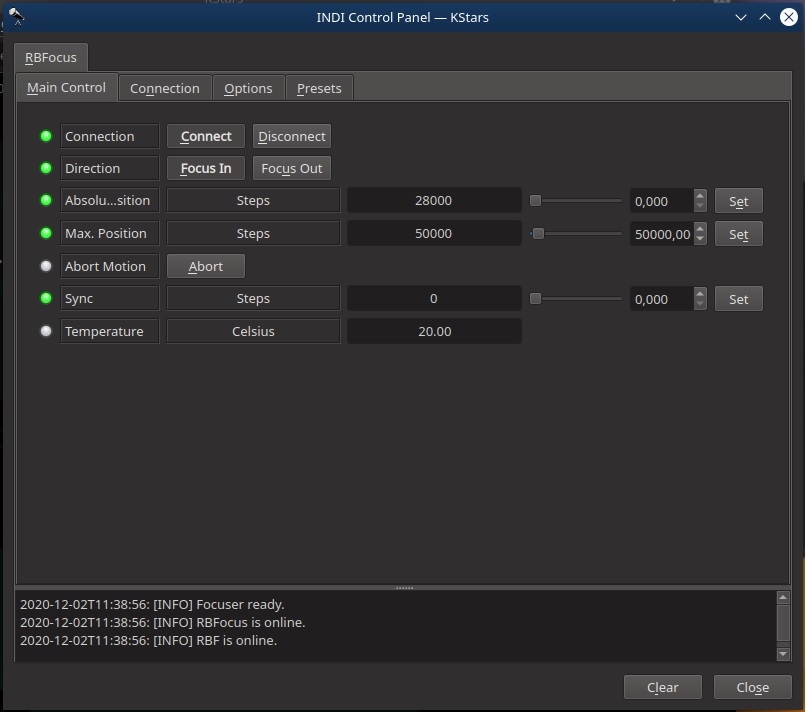 RB Focuser is a budget-friendly telescope electronic focuser with a resolution of 0.7 microns, made to keep up with today's fast optics standard. Depending on the version, it comes with: temperature sensor, Auto home function, BlueTooth connectivity, and Android APP. The unit is 3D printed what makes it easy to develop new mounting systems for any OTA.

Connect to the focuser using a USB cable. The connection type is serial and by default the port is set to /dev/ttyUSB0. The default baud rate is 9600.

After establishing connection to the focuser, you can use the focuser control in the INDI control panel directly to move and sync the focuser. Alternatively, the focuser can be used in any INDI compatible autofocusing application. 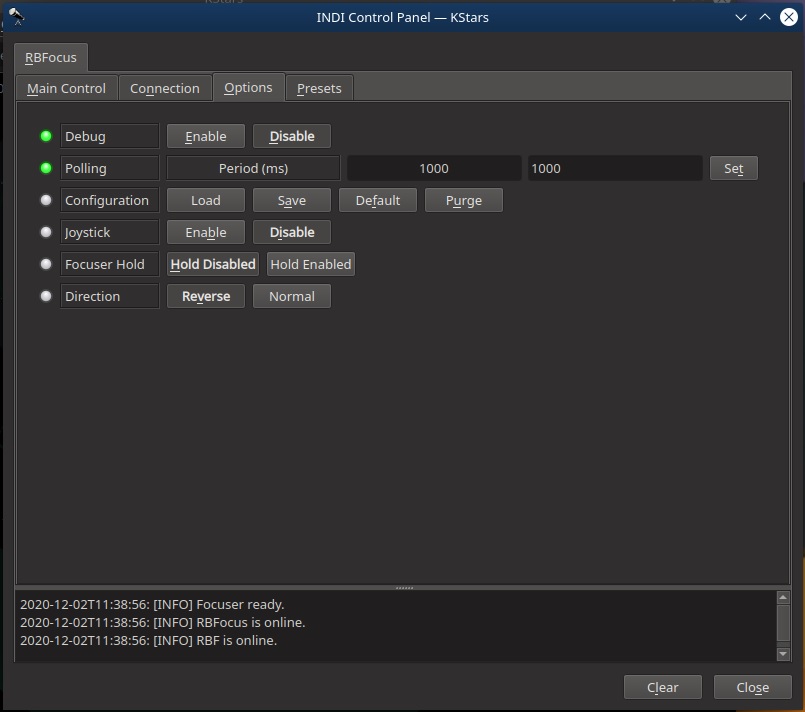 The Options tab contains settings for all drivers that include polling (frequency of updates), logging, and debugging.