FPS & Resolution on ZWO OSC Cameras was created by Damian

I have some newbie questions about capturing lunar/solar video with a ZWO OSC. I'm used to doing this with a Canon DSLR but have just moved to a ZWO ASI 183MC Pro.

So a few questions if I may:

1. Is the indicated fps in the ekos video window only related to the preview and the actual capture is faster ?

3. Is running the guide camera (QHY 5L) off the ASI 183 USB hub causing the issue, and it could be improved by wiring the two separately ?

4. How would I switch to the other video modes to achieve the higher frame rates ? I checked in Indilib settings for the camera but didn't see it.

Thanks to Andrew for mentioning the frame exposure times which I'll look into. Any further answers appreciated. The Sun is out of the clouds for now and it would be great to take advantage of it.
WO ZS61 II, ASI183MC Pro, ZWO 120MM-S Guider, ZWO EAF, HEQ5 Pro, INDI/EKOS on Ubuntu 20.04
3 months 4 days ago #81584

At the risk of answering my own question, after doing more research and experimenting it appears the answer I was looking for is as follows:

Lucky Imaging and Firecapture along with EKOS.For imaging many frames and high data rates it seems that firecapture is one solution. I'm running Ubuntu 20.04 on a Beelink with dual processors so have some bandwidth to run other tools.So far the first session targeting the moon used Kstars/EKOS with a configuration with only the guide camera - but no guiding selected. At least one camera is needed for an EKOS config. The OTA was then controlled by Firecapture. EKOS is used to drive the mount to find the moon and switch to Lunar tracking rates. It still slowly moves out of frame but I get enough images before it's gone. Set Firecapture to 5000 frames and let it go.

The results is a 14GB file (yes GB) and a USB stick with standard FAT32 can't handle it to transfer the image out. Instead it needed to be reformatted to exFAT. Then processed via AutoStakkert. Noisy jpg version attached. 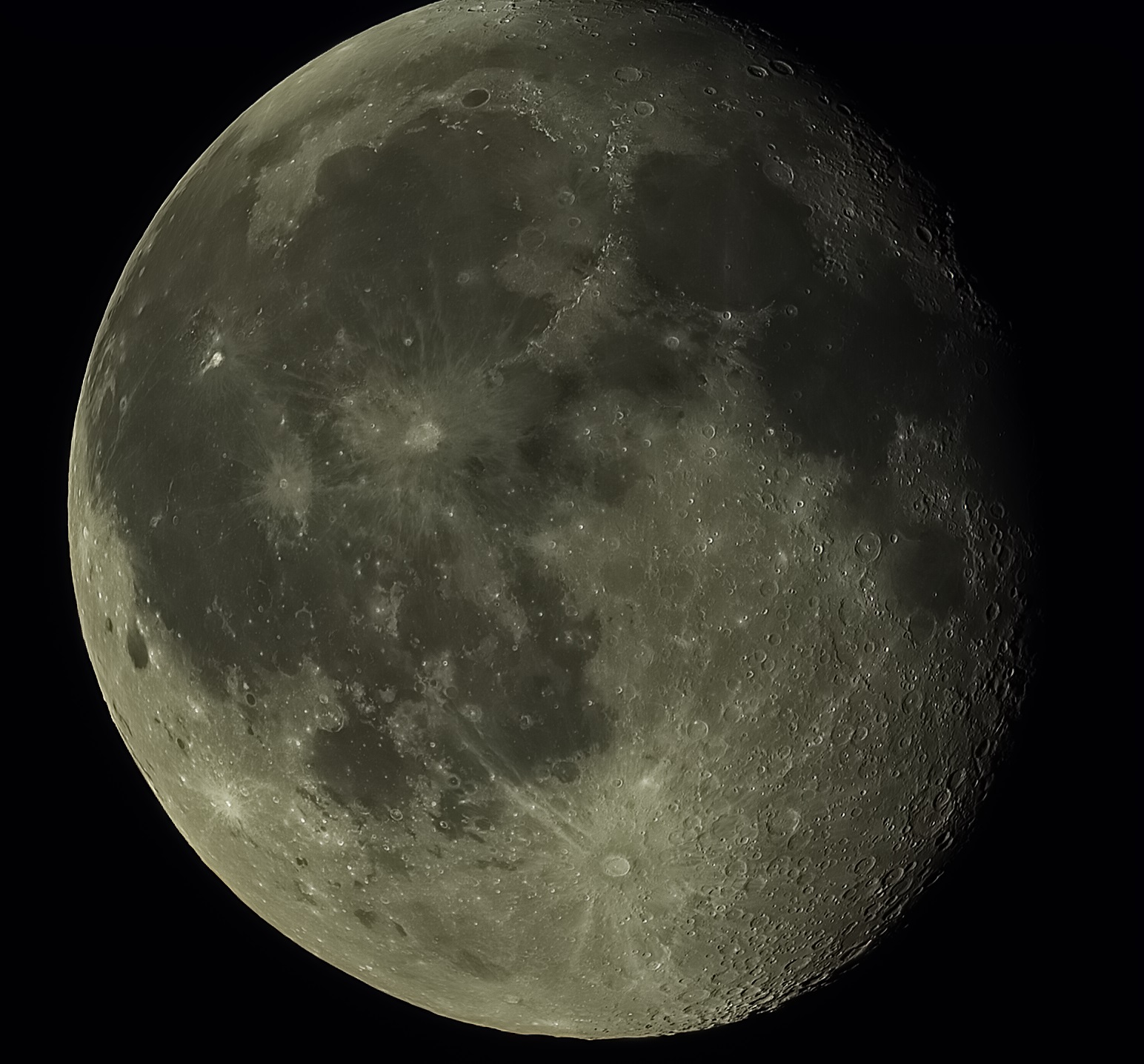 Trying to switch subject back to correct one