Use of INDI/KStars during Total Lunar Eclipse

Posts: 2258
Karma: 22
Less More
Thank you received: 656
Topic Author
Use of INDI/KStars during Total Lunar Eclipse #34004
Last Sunday I used KStars and INDI during the total Lunar Eclipse to capture images of the Moon every 30 seconds. I used a ZWO ASI 224 one shot color camera with an 85 mm Rokinon lens strapped onto a Meade LXD55 Telescope Mount tracking at the Lunar rate. I had a Raspberry Pi strapped to the side that the camera and mount were plugged into. This was at a public outreach event so there were other club members providing the public with views through scopes and binoculars. I had My MacBook Pro inside the facility and connected to a projector so that people could look at the eclipse visually outside and then come inside to warm up, but still continue to see images of the eclipse captured every 30 seconds. (It was VERY cold outside)

KStars was very helpful here because all I had to do was take the mount outside, roughly point the mount toward Polaris, turn everything on, and then focus the camera. Then I could run inside to escape the cold. I then did two plate solves, slewed to the moon, and it was right in the center so I set the mount to track at the Lunar rate and started my sequence. Somehow, nobody bumped my mount the entire evening and I got plenty of data. I then saw how good it was coming out with numerous stars behind the eclipsed moon and I decided to keep all the images and turn them into a movie with the moon moving across the starry background. I think the movie came out fairly good. It is here:

Then I had the thought (thanks to a friend's suggestion) that I could stack the 130 images during totality to enhance the moon. When I did so, it definitely helped but also produced another effect, which I had not thought about capturing, but definitely like in retrospect. It trailed the stars nicely producing a cool image of the moon zooming amongst the stars in the 1 hour timespan that it was in the Earth's shadow. Usually trailed stars are a sign of a mount failure in astrophotography unless you are trying to image star trails.

. But in this case, the effect is rather striking. I used the stacked image to enhance the movie a bit, but I also processed it in its own right. 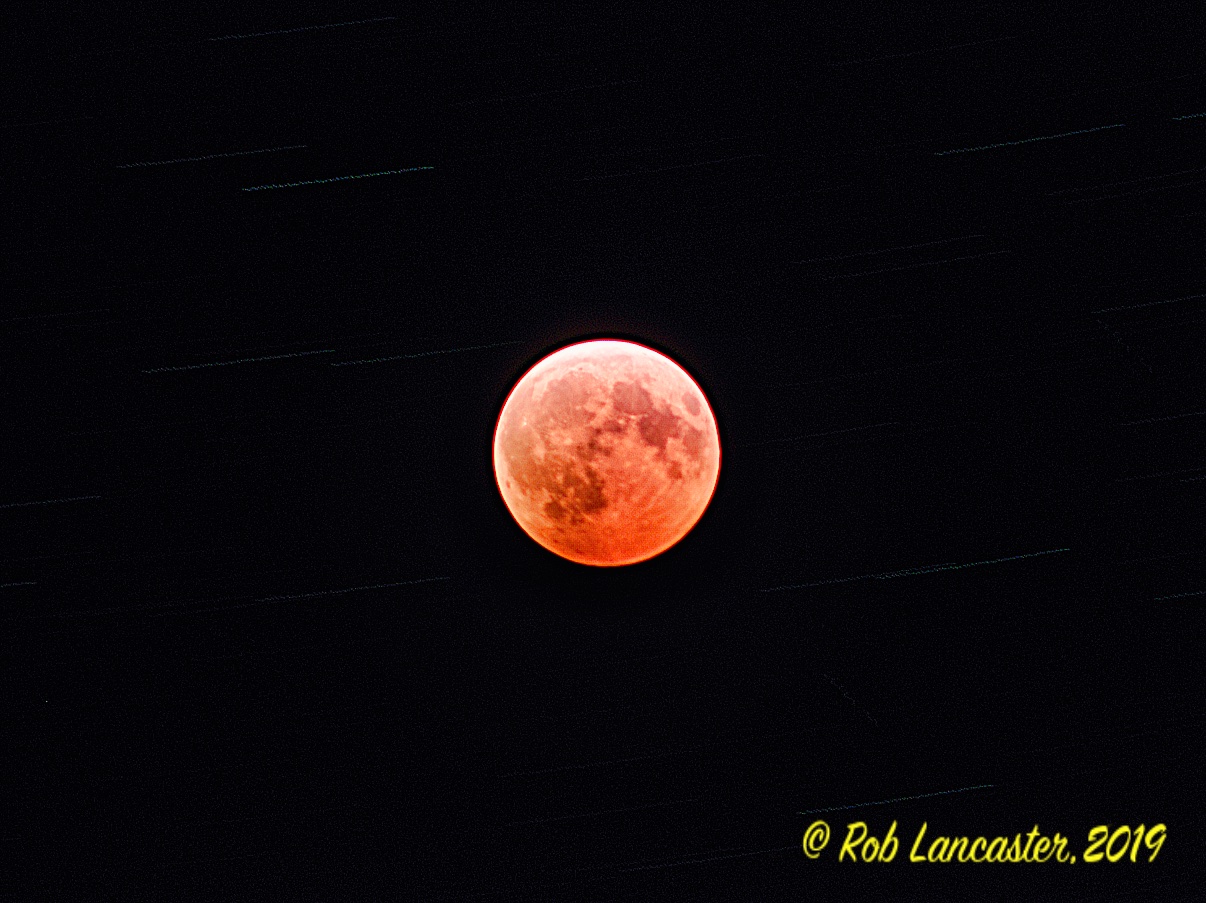 Thanks and I hope you enjoy it as I did.

Posts: 65
Less More
Thank you received: 11
Use of INDI/KStars during Total Lunar Eclipse #34006
It was quite cold here too, and I used kstars/ekos/indi to do some imaging. I setup 10 second intervals, and I managed to get a few good images through the patchy clouds. 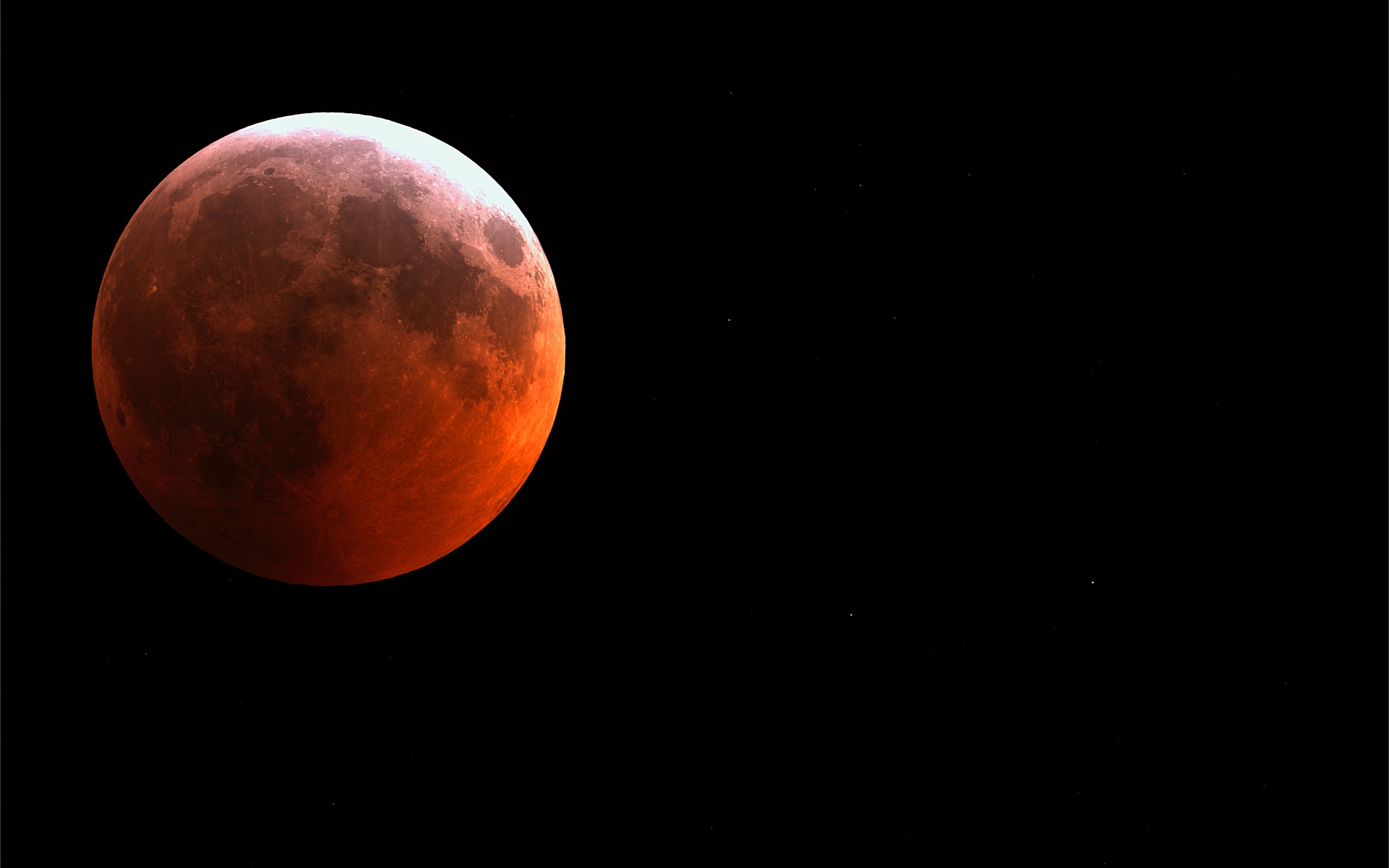 Posts: 2258
Karma: 22
Less More
Thank you received: 656
Topic Author
Use of INDI/KStars during Total Lunar Eclipse #34007
Nice! I like the stars in the background.

Posts: 51
Less More
Thank you received: 19
Use of INDI/KStars during Total Lunar Eclipse #34010
I LOVE the movie, and the moon moving across the stars. I only got two stars because my focal length was a bit longer. 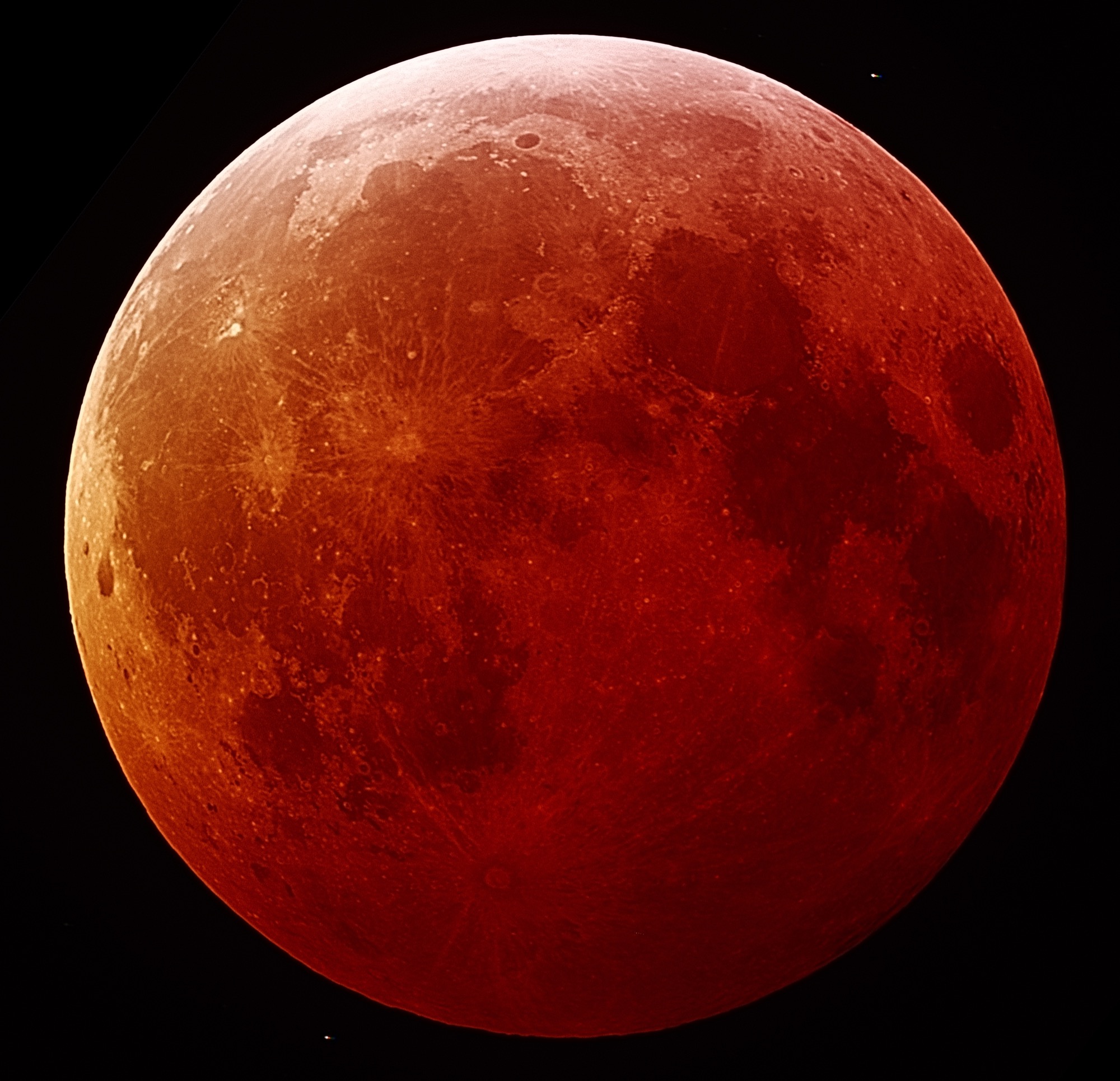 Posts: 33
Less More
Thank you received: 5
Use of INDI/KStars during Total Lunar Eclipse #34011
Great video/photo Rob! Thanks for sharing your setup, a great practical example of the versatility of the Kstars/INDI Server/client setup. How did you account for the exposure adjustments during the various phases? I have not been able to find a way to adjust settings while running a job. Or did you cancel the job, adjusted settings and re-run a new job several times during the eclipse? I’ve done something similar but decided to keep the camera tethered and use the tethering software for the adjustments. But meant I had to stay out in the cold, brrr.....
Also, how did you align the moon in pixinsight? Does PI not need stars to do alignment?

Posts: 2258
Karma: 22
Less More
Thank you received: 656
Topic Author
Use of INDI/KStars during Total Lunar Eclipse #34020
So I started by telling it to take 1000 images. I stopped it when the exposure time needed to be changed and I tested it to see what worked. Then I started a new sequence. Then I did that again when it needed to be changed again. I could have programmed in the whole thing, but I didn’t know the exposure times. For the alignment I used FFTRegistration which worked perfectly, where it never has before.
The following user(s) said Thank You wjdrijfhout

Posts: 2258
Karma: 22
Less More
Thank you received: 656
Topic Author
Use of INDI/KStars during Total Lunar Eclipse #34021
There were plenty of stars in the images, they were just faint