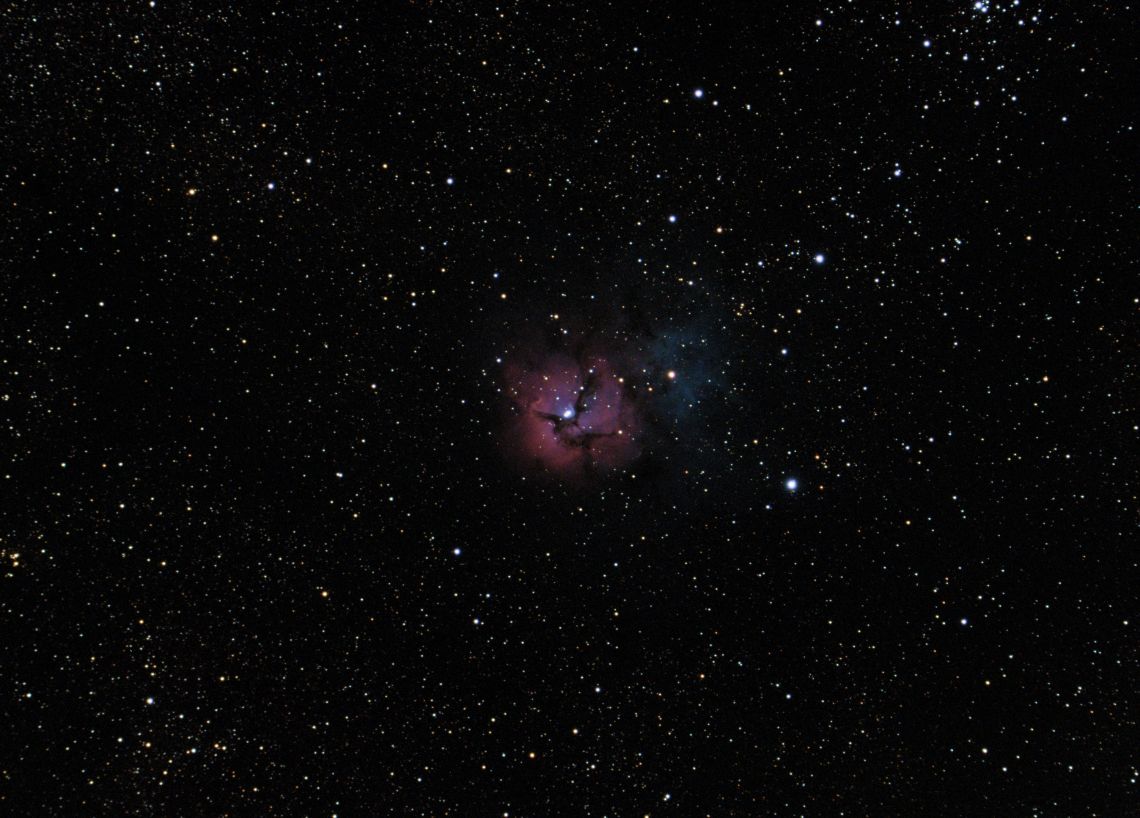 Or just don't start the exposure if there is not enough time left in the dithering timer/counter. There is no download contention either, this way. Yes, you would get fewer than the maximum frames on the waiting camera, but perfect is the enemy of something cool we don't have today.

Just a thought I had, but the support is already there and working for 2 cameras. The first camera is the main imaging camera, and the second is the guide camera. The guide camera still has all the basic functions such as repeated capture with settings such as exposure time and gain, and it always returns the image and goes to grab another one. It already does this in conjunction with the main imaging camera doing it's work. Would it be easier, as an intermediate step, to configure a third camera more like a second guide camera than a full fledged imaging system? It would not have all the features, but it seems like it could work. I am not certain if the architecture allows that any easier than what @knro was talking about though.

A bit of an old topic, but I am curious. Has anyone done any more work with 3+ cameras? It would be amazing to guide with my off-axis, capture wide-field with the 1600MC and go deep with the 1600MM.

Jim replied to the topic 'What Gain& Offset fellow ASI 1600 MMC Pro users are using on EKOS?' in the forum. 4 months ago

I run both a 1600MC Pro and a 1600MM pro. I have come to the conclusion that leaving the gain at 75 for everything I do is just easiest and works well. The later cameras and drivers from ZWO lock the offset, so even though the setting is still there, it really doesn't do anything. There is a thread about it on their website somewhere.

Jim replied to the topic 'Dialing in focus' in the forum. 9 months ago

I tried some new settings a couple nights ago (when I had a break in the clouds) that I was quite happy with. The first thing I corrected from previous sessions was to make the initial step larger than before. I have a Moonlite, and have found setting the step to 10 makes sure that it jumps far enough away from focus that it can truly find the sharpest point. When I had it set to 5 or even smaller, it would not move the focus far enough to find true focus at times. It would center around a false "tight" anomaly such as the seeing being better for that frame or two, and then not move far enough away from that to notice that is was getting better or worse. It is kind of hard to explain, but imagine this, if you have a single star and you take an image of it and get a half value of 2, then you step 2 steps closer focus and get a 2.05, so it moves two steps out and gets a 2.10, it can end up centering on 2, but if it moved 10 steps in first, it has a better chance of seeing actual change outside of atmospheric conditions, and might get a 1.95, which would then cause it to keep searching (correctly). Nothing magic about 10, it just worked well for me most of 2 different nights, so I am leaving it there now.

The next thing I changed was to do the full frame circle with the deleted circle center. I don't recall the percentage numbers, around 50% for the outside circle, and the inside one big enough to block the area around the nebula. The algorithm then selected about 8-10 stars and proceeded to focus. This seems to work really well as it uses the full area around the object to obtain focus without accidentally focusing on part of the object itself. I also used this method for 2 nights, and think I have found my new default settings. A caveat, doing the capture of that much data to focus with is a good deal slower than framing a single star, but I found it to be more accurate as well. I also do 2 frames per adjustment instead of the default 1.

Jim thanked Ron Kramer in topic The HEART of the Heart nebula. 11 months ago
0 0