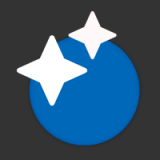 W J Drijfhout replied to the topic 'Re:Esatto not connecting on Mac, wrong driver loaded?' in the forum. yesterday

Ah, that is very helpful. I always have auto search enabled and have experienced some erratic behavior with my SestoSenso before it ‘snapped’ into connection, after which it has been working well. I might just have been lucky then that time and this time is a bit more tricky.
Will try manually connect and see how it works.


Sent from my iPad using Tapatalk

W J Drijfhout created a new topic ' How to install nightly builds on a Mac?' in the forum. 5 days ago

Is there a way to install nightly builds on a Mac? Looking at Launchpad, I only see packages for Linux.
Trying to get my QHY268c camera connected and the pointers to the correct SDK don't work. Installed are 20 and 21.10.12. But INDI requires 21. Somehow need to point 21 to 21.10.12. On another Linux system this worked well by just installing the nightly build.
Any help much appreciated.

W J Drijfhout created a new topic ' Esatto not connecting on Mac, wrong driver loaded?' in the forum. 5 days ago

The Esatto will not connect on my Mac. It looks like when selecting Esatto, actually the driver for the Sesto Senso 2 is chosen. Is that correct?

Thanks Michael.
It does look like the indiweb directory is not the site packages. How can I add that?
I increased the memory allocation now to 1000 as per your suggestion. This is where I earlier tried 160 and 200. Unfortunately still the same problem.

Must be a setting somewhere. Just tried Stellarmate on the same RPi4, and it worked.

Running into the issue again with the ASI6200, which files are too large to be handled by the Raspberry Pi4 (8GB, Linux Mate 20.04.3 LTS). In 8-bit mode all fine, but in 16-bit mode, it cannot handle it (not even binned captures). On my Fitlet computer (also 8GB, but with Intel Atom X7-E3950 and Ubuntu Mint 20.04) I had this issue before and that could be solved by increasing the memory allocation in the Indi webserver. That was handled in the file \\usr\local\lib\python2.7\dist-packages\indiweb\indi_server.py.
But on my Raspberry Pi4, I cannot find that directory or file, so have no idea where to make the adjustments.
Would anybody be able to point me to the right location to change the memory allocation? Or has this been changed in the meantime and should be addressed somehow else?

Thanks Jasem, yes, this is indeed the one that got installed by checking those 4 components first before updating the whole OS. Just checked and it says I'm on 1.6.0, so all good.
This is a really great addition, and indeed a super easy way to keep the system up to date.

Thanks Jasem. I guess that is what ultimately ended up happening, that I installed the StellarMate Updater, and from there it worked and updated everything. Does that mean that I am now on a Stellarmate 1.5.2+ version as well?
Updating from the App did say I was up to date, but I'm wondering if that focuses on KStars only. The rest of the updates that got installed were throughout the Raspbian system

This ran for a while and apparently updated everything without issues. Not sure which of the steps were crucial, but it worked, and that is most important.

I agree with earlier comments on lack of and need for a streamlined process here. The benefit of Stellarmate would be to have a simple to install and maintain (!) all in one astrophotography solution. If not, it would not be much easier to use than my much faster/robuster headless Linux miniPC with KStars/Ekos.

W J Drijfhout created a new topic ' Stellarmate OS does not upgrade' in the forum. 1 month ago

Anyone know what this means and how to update Stellarmate OS?

W J Drijfhout replied to the topic 'RST-135E sync from Ekos partly/not working' in the forum. 1 month ago

Thank you Thomas. That sounds indeed the same. So this might be due to the driver then. It would be great if this would be added in a future driver upgrade.