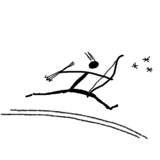 you are using v1.5 Firmware in combination with v1.4 INDI driver, right? I can check it tomorrow, currently I do not have access to my Arduinos.

Wolfgang Reissenberger replied to the topic 'align does not converge on target: latest git' in the forum. yesterday

Currently, yes. I keep it up to date more or less every 1-2 days. But it would be better if you use https://invent.kde.org/education/kstars.git .

If you need assistance for git, just send me a PN.

Hm, strange. Please be so kind and post the logs.

Folks, could you please do me the favour and test the behavior of the scheduler? My impression is that most of the behaviour you describe is already present in the Scheduler. Testing this should be quite easy using simulators for scope, CCD, weather and dome. Start the schedule job and see what happens if you change the weather condition in the INDI tab for the weather such that it changes to ALERT state. As soon as this happens, the job should abort, the mount should get parked and finally the dome should get parked as well.

How does Kstars do to trigger the action of putting the mount on Park and putting the dome on Park?
Would it be possible to simulate the same action with a weather alert.

Or the Dome driver must set the mount to Park by default before closing the roof.

When using the Scheduler, a Weather ALERT leads to the sequence park mount --> park dome (if both are selected). Weather WARNING is ignored by the Scheduler.

Nope, the Observatory does not take care of the mount currently. I already have the UI controls in place, but the functionality is not present yet.

If I remember well, the two of us discussed it whether parking of the telescope make sense to add this to the Observatory. The decision was that we should leave it to the Scheduler. But I might be wrong...

I did the tests for the two scenarios with simulators for dome and telescope. From what I see is that the only option that makes trouble is the scope option "dome parks". It works in principle, but as already mentioned in this thread, the dome does not wait with parking until the scope is parked and is parking in parallel. That is a risky behaviour, I fully agree.

We could add two actions to the Observatory:

Implementing this behaviour in the Observatory should not be that complicated - as soon as we not how we want to have it.

Wolfgang
p.s.: I've attached a spreadsheet with my test cases I've been talking of.

Wolfgang Reissenberger replied to the topic 'scheduler: guiding aborted but capture continues' in the forum. 2 days ago

Hi Steve,
you're standing on a branch. If you want to have the other updates, checkout the master branch and pull the latest stuff:

Wolfgang Reissenberger replied to the topic 'Why Meteostation does not act on Kstars to close the dome!' in the forum. 2 days ago

Christophe,
besides all the stuff about how to configure the roof reactions - as far as I understand the MeteoStation driver, it does not set the INDI property "WEATHER_STATUS", which is the property indicating whether the weather is OK, WARNING or ALERT.

If you want to use an Arduino based weather station, you might consider switching to Weather Radio - as part of the same indi-duino package. It is documented here: github.com/sterne-jaeger/indi-3rdparty/b...adme-WeatherRadio.md

Wolfgang Reissenberger replied to the topic 'Weather radio don't want connect' in the forum. 2 days ago

Aaaah, good to hear that it is working fine.

Regarding parking: I'm not the expert, I have only a wooden pole and no dome.

I've written the Observatory tab of EKOS, therefore I know this part quite well. In the Observatory tab, you can configure how the observatory should react upon warnings and alerts including thresholds. If you for example check the "Alerts" checkbox, you can select whether the dome should park after x seconds when the weather status turns to "ALERT".

For parking the scope, you can configure the dome device that the scope should snoop (i.e. listen). There you need to type our rolloff roof device name and select, how the scope should react upon the dome parking/unparking.

But better try it out with the simulators.

And be careful, better try twice

Wolfgang Reissenberger replied to the topic 'scheduler: guiding aborted but capture continues' in the forum. 3 days ago

Wolfgang Reissenberger replied to the topic 'align does not converge on target: latest git' in the forum. 3 days ago

Please pull the latest version from git, it should work now.

Wolfgang Reissenberger replied to the topic 'Weather radio don't want connect' in the forum. 3 days ago

Hi Olivier,
yes, it's somehow strange. It looks like there is a problem with the caching that does not work properly on some Arduinos. I've reworked it today.

The latest version is available from my fork of INDI 3rdparty: https://github.com/sterne-jaeger/indi-3rdparty/tree/weatherradio-v_1.5

For simplicity, I attach the latest version here.

Hope this is working now. Otherwise I have to wait for my Nano to arrive...