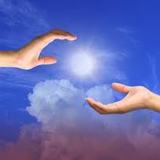 Max Dobres replied to the topic 'FireCapture on SM OS' in the forum. 4 weeks ago

Great, followed instructions for RPI3 seems to be working

Max Dobres replied to the topic 'Astroberry + QHYCCD users' in the forum. 4 months ago

Main camera is ZWO294MC so guess I dodged that issue, also use other ZWOs and DSLR.

Max Dobres replied to the topic 'Astroberry + QHYCCD users' in the forum. 4 months ago

In answer to the question "Is there actually any success story of a fully stable astroberry / ekos/ inid setup with QHYCCD imaging equipment?" Not sure if it helps but I have a very stable setup running the QHY5L-II M as guide camera on Indi/Ekos on a Rock64, although I built it using the simple download Ubuntu instructions at: indilib.org/download/ubuntu.html . I have been using the setup with changes of equipment for about 2 years. Some learning: use a well powered USB hub; make sure the 12v supply has enough power, I use RoyPow 12V 10A Adapter, wires beats wireless, my Rock64 has a wired ethernet connection. One of the challenges of Indi/Ekos is that there are so many options & settings and it takes some digging to get them right. So recently I found Astrometry stopped solving when I changed spacing on a scope and it took me a while to find the setting to get it to forget the old "FOV". But when then once I have a settled config everything works wonderfully.

Ran that from scheduler and all OK, not sure why
Max

I am trying to run a simple script to shut my roll off roof but it fails, not sure why. Tested by just pressing run button
Copied example structure from : indilib.org/about/ekos/153-robotic-obser...-ekos-scheduler.html . File runs ok from command line. Does it need to be in a particular directory? currently in /home/max/OBScontrol/maxclose.py


I attach script with extension changed to txt, and log.

First, thanks again for a great system, the more I use it the more I appreciate it.

Is there a way to pre-set terrestrial locations for use in GOTO. A bit like setting the custom park position?
I have fixed pier and there are a number of points I often GOTO: A distant tree for rough focus when changing gear; a wall point for an LCD panel; a piece of clear sky for some flats.
Navigating there is not a huge deal, but it would be nice if I could set up these a fixed terrestrial points. I have tried searching the documentation and forums and had a good loo round "Site Management" but cannot find anything.

BTW+ : ASI 294 16bit RAW file size should be 22,3 MB. yes on the host computer, as its expanded to 16 bit but I believe its a lot smaller on the camera where it is held on the camera in 14 bits, not sure of the exact encoding. Which raises the additional point about where the file structure encoding is done. Given 8 bit files transfer OK and 16 bit ones don't it suggests it might be done on the camera. But its not something I intend diving into.

My main concern is image quality. Is there any adverse effect in transferring the 16bit image via USB2 vs USB3? Given that the DDR Memory Buffer on the ASI294Pro was specifically designed to "minimize amp-glow, which is caused by the slow transfer speeds when the camera is used with a USB 2.0 port." maybe is does not matter

Herrhausen, thanks for the suggestion
The solution is UNBELIEVABLE it all works if you connect the camera to the USB2 rather than USB3.
The threads quoted by starman345 point to a problem Unix Core problem, maybe only with the version running on Rock64
I assume that as I did an sudo apt update / sudo apt upgrade I have got the latest version. I am now running Armbian 5.3 but the problem persists.

It looks like it has to do with file size, the ASI294 generates an 11.7MB file which is twice as large as my ASI178MC. For smaller files including 8 bit USB3 works fine.
Just to check I set up a job to capture 120 x 5 sec 16 bit exposures with only a 1 sec delay and it works fine.

The shame is I ditched my old RPI3 to get the Rock64Pro for the USB3 port. It is however much faster on plate solving and other tasks
I wonder if any of the RPI4 early users are getting any problems with USB3 and large file size cameras?

At least it works now.
Thanks for the help!
Max

Did not make a difference, shame.

I have a problem taking 16 bit images with my new ASI129MC-Pro . (this is similar to the zwo-1600mm-16bit topic below, but I am using an "official" build)
The first few work, but then it hangs.

My normal sequence is 60 x 60 sec lights. However when I try it, the system stalls. First time after 17 images, now just trying with logs after 7. ( I used 5 sec lights but the effect is the same)

I can download some 16bit images but then after a variable number, no further images are downloaded and I need to reboot the system to unfreeze it.
In the example I logged, the system freezes after 7, it loops taking more images, but not downloading them. In a previous session it downloaded 17.
Eventually the system aborts.
If I reset and restart the sequence it continues to hang.
If I stop and restart EKOS and add a new sequence it still hangs. I need to reboot to get it to re-start

The ASi294MC is a 14 bit system, but 16 bit images preserve all the data.
I was previously using an ASi178MC, also 14 bit, and capturing a 16 bit, doing 60 images per session with no problem. Of course the file size of my new camera is much larger.
If I set the image capture to 8 bit, it all works, but only after system reboot.
So it looks like a buffer type problem, but I could not see anything in the INDI control panel.
Any ideas?

The problem looks similar to the one reported in
indilib.org/forum/ccds-dslrs/5678-zwo-1600mm-16bit.html
but I used an official build that I thought would avoid it because “This rule is installed when you install the PPA along with other rules per camera manufacturer.”

Max Dobres replied to the topic 'using raspberry pi as desktop on the field. Screen/keyboard recommendation.' in the forum. 1 year ago

I have tried several solutions to the pi in the field problem. I have a dedicated "Field Pi" all set up with the right connections and I can the connect via VNC from my laptop, just like I do on my home setup. It all works well, when it works well. However when there is a problem on the Pi and I cannot connect , the only way to diagnose is by connecting a screen/keyboard and mouse to the Pi. This is in effect a full PC set up. So I think the problem is mis stated. It should not be, how do I connect a screen to a field Pi, but rather what kit do I need in the field.
One solution is the PC/pi free route eg smart mount, DSLR local storage, it works its simple and its light, but you loose all sorts of useful features,
If you want INDI/EKOs in the field, then you need a processor, a keyboard/mouse and some sort of screen to see what is going on. Indi/Ekos is very resource light and therefore the obvious solution is not a Pi but a cheap laptop running Ubuntu. I have loaded The Ubuntu version of INDI/EKOs and its easy, there are excellent instructions here: Ubuntu Instructions .

Before this revelation I would take my Pi and travel gear on vacation to a dark sky and spend half my time trying to fix problems. Now laptop based its much more straight forward.

Max Dobres replied to the topic 'Right Click--GOTO object' in the forum. 1 year ago

This looks better, but I agree with Robs original suggestion. In general the interface should put the most used functions first & easiest. I find it a particular problem as I access the system via VNC on a laptop with a small screen, so getting my cursor in the right place is tricky at present. I often select the wrong option by mistake.
Max