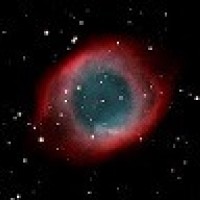 Gord Tulloch replied to the topic 'Horizon Data' in the forum. 6 months ago

It worked for me on an iPad Air 2 as well and it worked fine, something to do with your config?

Is there a way to import these settings into INDI yet?

Gord Tulloch replied to the topic 'Solar System imaging with EKOS and Canon EOS DSLR' in the forum. 10 months ago

So no one is trying to do this?

Gord Tulloch replied to the topic 'Canon DSLR Problem' in the forum. 10 months ago

Make sure all your imager settings are correct in the Canon INDI screens, I had my resolution set incorrectly and the downloads failed

Gord Tulloch replied to the topic 'Unable to locate package raspberrypi-kernel-headers' in the forum. 1 year ago

Unfortunately no, the script is essentially trying to install the same package as both the generic package name and a specific kernel version, neither of which exist in the repo for the version of the OS I'm running. Thanks tho! -- gt

Gord Tulloch created a new topic ' Unable to locate package raspberrypi-kernel-headers' in the forum. 1 year ago

I'm running the latest rev of the Pi4 distro and would like to get a USB wireless dongle working, but I can't compile the driver for it because I can't install the kernel-headers. What I see is:


I did an apt-cache search linux-headers and don't see a package for 4.19.x so is there any way to resolve this? Thanks!

Gord Tulloch replied to the topic 'Solar System imaging with EKOS and Canon EOS DSLR' in the forum. 1 year ago 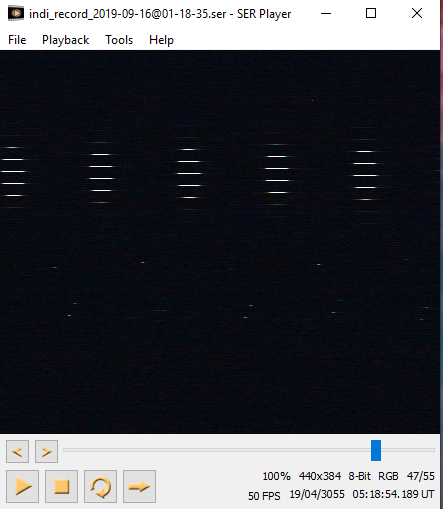 Gord Tulloch created a new topic ' Solar System imaging with EKOS and Canon EOS DSLR' in the forum. 1 year ago

Once I figured out I needed to change from Bulb mode to setting the exposure manually on the camera I was able to capture a small segment of the screen to SER file with the following issues:

1. If I tried to stream for more than about 45 secs the Canon driver crashed. Once to disconnected the drivers, stopped the INDI server and restarted it would go again. If I streamed for less than 45 secs I could stop and restart it so I just captured a bunch of frames 30 secs at a time
2. When I try to load a stream with Jupiter into AutoStakkart 3.0.14 64bit on Windows 10 the OS reports dimensions: 440 x 384 frames: 55 pixel depth: 8 bit/pixel but the image is clearly not decoding properly.

Does OGV format work any better? What stacking tool works well with OGV?

I can turn on logs tonight to get a better idea of the issue if you need further info on why the Canon driver is crashing.

Gord Tulloch replied to the topic 'Under-Voltage Detected' in the forum. 2 years ago

AFAIK the error arises from the power supply - I was getting the messages but I have an Anker hub that has quick charge 1.5A port on it - the messages immediately disappeared when I plugged into the 1.5A plug on my RPi 3B+

Gord Tulloch replied to the topic 'Stellarmate 1.4.2 and latest iOS app not connecting' in the forum. 2 years ago

Definitely registering again worked for me with a new install of StellarMateOS and the latest version of the app, including EKOS integration!

Gord Tulloch replied to the topic 'Status reporting' in the forum. 2 years ago

Sorry, I'm a python newbie and it doesn't seem real clear how to access these attributes - I only seem to get NONE when I try to access using:

How do you access this data? The API document linked below implies that only RA and DEC are stored in this array...

Gord Tulloch created a new topic ' Status reporting' in the forum. 2 years ago

Hi there - this is probably a simple question but I'm not seeing the answer in the docs - I've written a client for the Raspberry Pi that shows the current object being pointed at, RA/DEC, localtime/UT, and IP for a telescope connected to the Pi . The Pi has a 320x480 touchscreen display. It will sit in the secondary cage of my new 16" project and eventually allow me to set up object tours and so on from the touchscreen, as well as obviously allowing control of the scope through remote INDI clients.

I'd like to display the current telescope status (ie PARKED/SLEWING/TRACKING) on the display screen but don't see an attribute that shows this status. Is there anything in the API I can use?

No personal information is shared.
© 2003-2020 by INDI Library. All rights reserved.