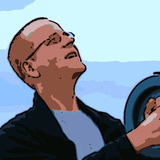 I really must have a different version of the app -- there is no [Register] button anywhere to be found! I also tried re-setting all app data again, but no such button appeared (not immediately and not after re-starting the app).

Well, I submitted a ticket at stellarmate.com -- let's see what they have to say about this.

Thanks for the screenshot, but your app apparently has found your stellarmate - which probablis the reason why you do have a [Register] button while I don't.

Well, I suppose I will finally try opening a support ticket ...

when I log in into my stellarmate account, I can see that the StellarMateOS I purchased already has a serial no and a license key assigned, so step 3.2 shouldn't be required anymore.

Anyway, at no poin the app gave me any opportunity to enter a license key, so the procedure might really have changed.

OK, just double-checked -- the app doesn't find my device, no matter whether KStars is running or not.

Hmm... The stellarmate "Initial setup" page at www.stellarmate.com/support/first-time-setup.html says: "When using the App for the first time, you are required to sign in to your stellarmate.com account. This is required in order for the app to download your licence and serial numbers necessary for the device registration. This is only performed once and requires active internet connection." Somewhat further down on the same page it is stated that "After scan is complete, the left side panel should contain a list of detected StellarMate. Click on the detected StellarMate controller. [...] Before the app can be used with the device, it (<- the device, I suppose -- not the app?) must be registered first. The registration information should be automatically filled in" So if I understand correctly, a device must be found *before* the registration key comes into play.

Regarding KStars, I don't remember exactly if I run a device scan before I closed KStars through VNC. But I'm pretty sure that I run some more scans after starting INDI through the web manager. Since KStars -- at least to my knowledge -- doesn't provide any network service by itself, I suppose INDI is what counts. (But I may be wrong here -- I'll try again scanning for my RPi with KStars running.)

well, I entered my stellarmate username and password on the app's startup screen -- this is equivalent to "registering the app", isn't it?

And I've already tried adding the device manually -- but no luck.

What else could prevent the app from seeing the raspi?

Torsten Crass created a new topic ' App not finding device' in the forum. 2 years ago

I just purchased StellarMateOS (1.4.2), wrote the image onto a 16G sd card and run the system on a RPi3. Everything looks good so far when using my (Debian-based) laptop -- I can connect to the stellarmate hotspot, I can SSH into the OS, I can access the desktop using VNC and I can conjour the INDI web manager.

Alas, the Android app (beta 1.9.11, Bundel v23) won't find the device, although my phone (Galaxy S9 running LineageOS) successfully connected to the stellarmate hotspot and I successfully logged into my stellarmate account (I think -- does the app give any feedback about login state? Is there any [Log out] button?)

knro wrote: 1. Regarding the reported bug, I pushed a possible fix, so git pull and retest.

knro wrote: 2. If it keeps asking you, there is problem with ~/.local/share/kstars/userdb.sqlite, you can delete it and it will recreate it next time in launches up. Check permission.

That also was a valuable hint, the caputure module stopped bugging me about the settings!

knro wrote: 3. Cannot reproduce, everything is captured in the right place.

Oh, that turned out to be just me being stupid -- it's just the images created when hitting the "Preview" button which end up in /tmp; images taken though the sequence queue are stored where they should.

Thank you so much, and have a good night --

just trying to set up an INDI-controlled EQMod mount with a Nikon D5000 DSLR. Mount control used to work fine (until today -- but that's a different story: bugs.kde.org/show_bug.cgi?id=405188 ), but I do have some issues with the capture module.

- Whenever I switch to the capture module, a dialog asking for DSLR camera settings pops up -- although the dialog text says "This is a one-time setup". I wonder whether this is a bug or a feature...?

- The image directory path gets ignored (I'm using "Client" upload mode) -- whatever I enter, the images end up in /tmp.

Im running a Debian Stretch system and compiled both INDI and KStars from the latest git.

So... am I missing something or are these real bugs which I should report?