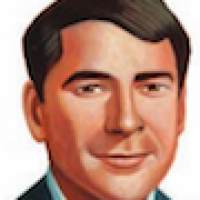 Chris Lewicki replied to the topic 'Re:Software Bisque Paramount MX+' in the forum. 1 year ago

Slewing works great, and it's been a seamless transition in general.  I've been able to successfully connect, calibrate and "sort of" guide.

My problem is that PHD2 guiding feels glacial - and doesn't work that well.  Previously with the CGX, I had been able to guide with as short as 0.5s exposures and everything felt snappy.  With the Paramount via indi_paramount_telescope, even with 3s exposures, it seems like there's an extra second or two added between imaging, guiding and update activities, and sometimes updates come in bursts.  I tried updating the polling frequency to the mount (vs 0.5s then 0.25s) but that doesn't seem to make a difference.

Has anyone else experienced this problem?  I'd invest time in getting TSX guiding working, but it doesn't help with an automation workflow on Linux.