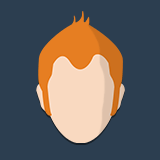 Jay Sottolano replied to the topic 'EKOS Live without Stellarmate?' in the forum. 5 months ago

Thanks, but it's also supposed to be available without having to buy Stellarmate.. INDI Lib, EKOS and KSTARS are all free downloads and EKOS Live is the add on to give you Cloud Access. I'm also running SkyX on the RPI... Was just looking for a link to try the EKOS Live piece on the image I'm building.

Jay Sottolano created a new topic ' EKOS Live without Stellarmate?' in the forum. 5 months ago

Doing a DIY version on Pi4 and interested in EKOS Live.. If I wanted to sign up for it, where can I find out info on that. There's a sign up through the Stellarmate page but wondered if there is something else somewhere?

Jay Sottolano replied to the topic 'KSTARS does not seem to find INDI Conrtol Panel' in the forum. 1 year ago

Either/Both? I didn't think they were mutually exclusive.. are they? Thanks for replying..

Jay Sottolano replied to the topic 'KSTARS does not seem to find INDI Conrtol Panel' in the forum. 1 year ago

Thanks. After starting EKOS and hitting Start, I then get the option to turn the INDI Control Panel on and off in KStars. I presumed (maybe wrongly) that the Control Panel switch wouldn't need me to start EKOS since it looks like KStars also has a hardware config section.

Jay Sottolano created a new topic ' KSTARS does not seem to find INDI Conrtol Panel' in the forum. 1 year ago

New to the site... first question really. Just got done installing Pegasus Ultimate Power Box in both Windows 10 and Mac OSX 10.12. Everything fine in the Windows install and seemingly fine on the except I cannot get to the INDI Control Panel under KStars. I've got the latest INDI installed, and the INDIGO control sees everything on the UPB. When I launch KStars, and try to click INDI Control Panel nothing happens.. it is not clickable. Under Preferences for INDI Server it has the following:

I set up EKOS and the INDI Control Panel there does not work either. Again, the INDIGO Server process is seeing things fine. Thanks in advance.