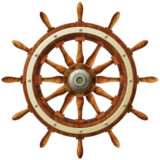 David James replied to the topic 'Zwo vs QHY' in the forum. 2 years ago

It's not Indi or software-related, but as an owner of a QHY device (the QHY294C, from before the release of the -PRO variants - read on) and a QHY OAG I would point out that QHY has some very weird ways of attaching things together along with some embedded assumptions as to how that will happen. My OAG, the OAG-S, is oddly designed in that it defaults to a gender reversal on the threads: it has the M42f threads you'd expect on the upstream side, but then also has M42f threads on the downstream side. The default flange ring of the QHY294C was also M42f, so you have to buy a separate M42m flange ring. But that's not enough, as you now need spacers - which are attached by bolts - so the OAG doesn't strike the camera housing. They had two different pages on what adaptors you needed, and one of them was wrong. Anyway, when you assemble it all together and thread it on, the OAG just ends up at whatever random orientation it happens to end up at, including in my case at an orientation in which the pickup prism obscures a corner of the sensor. There's no built-in radial adjustment ability like on every other OAG.

The reason this happens is that they seem to have designed the system with the assumption that their filter wheel will be inserted between the OAG and the camera, and it's within the filter wheel that the radial adjustment exists. But as an OSC, there's little reason for the 294C to be employed with a filter wheel.

Which brings me to support. I've raised this issue on their forums and with their Twitter account to no avail. Someone else asked about inserting a filter between an OAG and a 294C. No response there either. Another was attempting to use a puck-style guide camera. The design of their OAGs do not allow that, but that's never explicitly stated anywhere in the documentation and again no response. They don't seem to respond to "peripheral" issues.

And it goes on: when the mono and colour -PRO versions of the 294 came out, my old 294C was discontinued. But on their website they didn't just add a new page for the new versions; no, they actually rewrote the old 294C page so you now can't get the specs and info for the old camera... the same now seems to apply to the 174 that was reissued. Not that the specs were always precise: I variously found my camera listed as having a 17.5 mm or 18 mm back focus. Well that kind of matters if you've got a flattener or coma corrector in optical path ahead.

From most accounts the cameras themselves seem to generally work all right, but there's definitely an aura of disorganization to the point of contradictory information hanging over their documentation along with some ill-thought out accessories and attachment methods. There's even a line somewhere on the website that you may need to get some "factory to custom build a connector". Umm, ya.

So if you're planning a setup that is anything more complicated than attaching the camera directly into the drawtube, be ready for some confusion and hair-pulling.

David James replied to the topic 'Looking for ASI 120 MM USB 2.0 camera firmware --- asi120mm-compatible.iic' in the forum. 2 years ago

Weird... I can't find it anymore either on the ASI site either.

I do have a copy of it; I actually sold my ASI 120 MM last summer but never deleted the files.

The thing is I doubt it'll make much difference as it made none to me when I updated mine with it. Getting a powered USB 3.0 hub is the one thing that seems to make the most difference.

David James replied to the topic 'Fuji X-T3 - randomly seems to work, then doesn't' in the forum. 2 years ago

I have an X-T1 and it's next to hopeless, despite been purportedly supported by gphoto2. In a way, it's worse than hopeless because I can get it to pull off one shot, and one shot only, before it crashes. That's in Entangle and Darktable; it's never once worked in INDI.

It's kind of worth using Entangle to see what the camera supports.

David James replied to the topic 'Trouble with the EQ6R-Pro USB Port and EQMOD' in the forum. 2 years ago

Interesting thread... good to see that a solution was ultimately available.


What an interesting design choice, though. It's kind of half-assed, really.

If I were designing this, I would have designed into the mount a powered USB 3.0 hub, then take an internal USB connection for the USB-serial connection of the mount controller. Then they'd be left with 3 USB ports that can be set aside as USB sockets on the control panel to connect other devices to. Or they could create a second hub to provide a total of 6 USB sockets.

Scott Denning thanked David James in topic StellarSolver failure in alignment module (but super-quick for Load and Slew)? 2 years ago

David James replied to the topic 'StellarSolver failure in alignment module (but super-quick for Load and Slew)?' in the forum. 2 years ago

I just saw El Corazon's response after posting mine... I agree, your FOV appears to be out. And that probably ties in to my discovery of the discrepancy in image scale in your log.

David James replied to the topic 'StellarSolver failure in alignment module (but super-quick for Load and Slew)?' in the forum. 2 years ago

Is this not working in more than one setup? It sounds like you've got a RPi4 and a computer with otherwise identical setups?

So in this, is it taking and successfully solving those subsequent images?


One other thing I noticed was a difference in downsampling between the loaded image and the captured ones. The loaded image is being evaluated at "Scale range: 3.85544 to 5.78316 arcsec/pixel".


So from my understanding, as this range decreases, you need an increasingly large library of astrometry FITS files.

I've got like 18 GB worth. So perhaps you don't have enough of the higher precision FITS files installed?