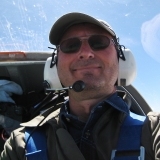 Helmut Zimmermann replied to the topic 'Install Stellarmate OS on ASI AIR pro and 12V power ports' in the forum. 6 months ago

High Laurent,,
don't be afraid about differencies between your and my config.txt file.

Just add with an editor (use notepad or notepad2 as editor, because it is important that the end-of-line info is written in Linux standard.)

So just run windows notepad and add the lines

just ahead of the section [all].

Note that lines beginng with an "#" are commentary lines, so these lines have no effect.

Give it a try, and reboot your Pi4. It will work.

Helmut Zimmermann replied to the topic 'Install Stellarmate OS on ASI AIR pro and 12V power ports' in the forum. 6 months ago

As already discussed the ASIAIR Pro (which is a Raspberry Pi4) can be operated with the SM OS. Just flash the SM OS to a fresh microSD card and boot
the ASIAIR pro up. However, as mentioned by Laurent.Wolff, in this "normal" Stellarmate configuration the 12 volts power output ports do not operate.

I have an ASIAIR pro in use, the 12v ports are configured "on" or "off" in the ASIAIR app. If you turn on all 12v ports in the App, then the power ports are
immediately available upon booting the ASIAIR with the ASIAIR OS, no need to start the app on the tablet, so the configuration is stored within hardware
configuration.

I had a closer look on the ASIAIR pro microSD card and looked into the file config.txt. The power outlets are configured there, when they have been turned on
previously by the ASIAIR app.

So, I took the Stellarmate OS microSD and edited it's config.txt.

Simply change the config.txt in the [pi4] section and add 2 additional lines in front of the [all] section like this:

I have attached the config.txt file for those of you who are not familiar with file editing. Just copy the config.txt to the root directory of the SM microSD card.

When booting up the ASIAIR pro with the edited SM microSD card, the power outlets are available upon bootup.

I have successfully operated both the camera cooler and the electronic focuser using the 12V power ports with Stellarmate.

Hope this helps anybody who wants to operate the ASIAIR Pro with the much more powerful Stellarmate OS!!!!!!!

Helmut Zimmermann replied to the topic 'INDI support for PrimaluceLab ESATTO 2" MotorFocuser' in the forum. 1 year ago

Hello Jasem,
How can we get the command set ?
I have the official ASCOM driver of the ESATTO focuser available.

If I can help somehow I would be glad to do so...

Is there a chance for support of the new PrimaluceLab ESATTO 2" motorized focusser ?

Helmut Zimmermann replied to the topic 'Missing package gsc during INDI install -ISSUE SOLVED WITH KUBUNTU 18.04 LTS' in the forum. 2 years ago

Hello All,
I have now created a VM based upon KUbuntu 18.04 LTS.
I installed the full INDI package including KStars/Ekos and all 3rd party drivers (GSC) with no problem
and the VM works flawlessly. So the problem ist really related to KUbuntu 19.10.

Thanks to all for your suggestions!

Helmut Zimmermann replied to the topic 'Missing package gsc during full INDI install' in the forum. 2 years ago

Hello,
I did exactly what you suggested:

Then I got the message that all packages were up-to-date and no package was added nor updated.
When trying to install

I again receive message that package gsc cannot be found...

Helmut Zimmermann replied to the topic 'Missing package gsc during full INDI install' in the forum. 2 years ago

Hello,
I added this ppa, but I get a warning that THE NIGHTLY LIB IS INTENDED FOR TESTING ONLY AND NOT FOR PRODUCTION USE.

After adding the indinightly repository I get the same error message upon installing gsc:

So adding the indinightly rep does not resolve the issue.

Hello fellow Astronomers,
I just installed a virtual machine under Windows 10 running KUbuntu 19.04 and installed INDI library.
I added the repository with

and did a full install

However I get message that package gsc cannot be found.

Then i did install of KStars/Ekos package with

Upon opening INDI Web server to configure my INDI environment I have only acouple of CCD cameras available, no ZWO Asi Camera and also
other drivers are missing.

How can I install the gsc package???

Any hint is highly appreciated.


Thanks in advance
Helmut Zimmermann
Cologne/Germany

this is what I did to re-install libgphoto2:

Hope this helps you as well.

I have resolved the issue by re-installing indi-libgphoto2.
Now my camera is no longer detected as "PTP class camera" but as "Canon EOS 80D" instead.
Now triggering the shutter and capturing images with gphoto2 works flawlessly both in "Bulk" or "Manual" mode.
In KStars/Ekos the camera is now connected and I'm asked for the sensor resolution. After input of sensor resolution
I can trigger liveview and capture and download images.

Thanks to all for your suggestions!

Thank you for the info.
But how can I choose a gphoto driver? The INDI server panel at the start of Astroberry offers a drop-downl-list with pre-configured INDILIB drivers.
And the only choice there is the "Canon DSLR driver"...

How can I figure out which driver gphoto2 is using??? When I try to take an image with gphoto2 the shutter is released, but no image is stored and the camera
hangs and displays "busy...".

Now I wanted to setup my Canon EOS 80D DSLR as well. In the INDI server I loaded the Canon DSLR driver, in Ekos I configured the CCD as Canon DSLR.
The DSLR is connected to the Raspi via USB connection. USB connection under Windows works without problems. When I connect Ekos to the DSLR I get
"green light" for th connection, however when I try to take a capture, I get error message that capture is not possible and The DSLR displays a message
on its LCD screen: "Error! Switch off the camera and switch on again".

When I try to take an image ina terminal with "gphoto2 --capture-image" then the shutter is released, an image is taken but then the image is not
stored on the camera SDHC card, the camera says "busy" and in the terminal after a minute I get the error message:

Has anyone successfully connected Canon DSLRs with Astroberry/Indi ?

I would appreciate any hint on what I can do tho overcome this problem.

Today I tried to install indi lib Indi-Bin onm my RaspBerry Pi3 with Raspbian/IndigoSky to add support for SestoSenso focuser, but installation failed with missing library dependancies
as follows:
sudo apt-get -y install indi-bin
Reading package lists... Done
Building dependency tree
Reading state information... Done
Some packages could not be installed. This may mean that you have
requested an impossible situation or if you are using the unstable
distribution that some required packages have not yet been created
or been moved out of Incoming.
The following information may help to resolve the situation:

What can I do to resolve this problem?
Any help is highly appreciated.

Thanks in advance
Helmut
Cologne/Germany