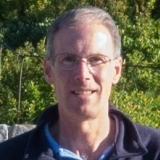 Tim thanked Jasem Mutlaq in topic Is INDI ready for Ubuntu 22.04? 1 month ago

Tim replied to the topic 'KStars FOV Rotation' in the forum. 3 months ago

Am I right that Andrew's suggestion is already in place? I tried playing with the Mosaic Tool in Ekos just now and it seemed to work. It still felt a little clunky (unable to zoom in the Mosaic window, transparency reset needed when the window is opened). Also, the Rotation tab in Scheduler does not seem to update automatically, so has to be updated manually. However, it does seem to be a large step towards (2).
Tim

Tim replied to the topic 'KStars FOV Rotation' in the forum. 3 months ago

Thanks Jasem. From my perspective, I'm just looking to be able to frame more easily in KStars, when I am planning my schedule and looking for targets. On my dual mount system , I have a rotator on a WO81 but not on my other telescope (an MN190), so I usually end up having to adjust the CCD rotation angle manually in any case, with the sequence of coarse adjust, solve, fine adjust. Part of my planning is seeing if I can get an angle that will suit more than one target in a night without adjustment. Roating the CCD will almost certainly need new flats, so I try to avoid it on any given night. So it is (1) in your list that is important to me, to optimise planning. (2) is more a case of trying to ensure that the captured image will match the desired framing. It might be important to others though, if they have a more automated setup..

Tim created a new topic ' KStars FOV Rotation' in the forum. 3 months ago

Would it please be possible to have an interactive FOV rotation control in KStars? When I am planning a session, I like to look at the framing of the target and what will be its positioning on the CCD. While I can achieve this by the FOV editing options on the menu, the process is essentially three levels down in the menu and is slightly hit or miss - especially with "lock to celestial pole" selected. I usually end up with a "just about ok" solution to transfer to the telescope, rather than an optimal one. A simple mouse drag or +/- keyboard control would be good. Even an "Apply" option on the editing dialog would be better than the present setup, which requires having to back out of the menus before the change is applied.
Thanks
Tim Brandt

Sorry for the delay - I though I had replied earlier but must have made a mistake...

The artifacts on the 1x1 are interesting. The image is skewed and mirrored vertically, as well as the left hand side being doubled up. I looked at the original star image, and found that the stars seemed ok vertically, but were stretched horizontally; a 4 px tall star was stretched to 8 px, then had blank columns inserted to make it 16 px wide. I've included a cropped image.

I'm not sure what all of this means, but hopefully it may give some clues.

Hi, Jasem, sorry, I thought I had managed to attach it!. I've tried again!

as further info, I've duplicated the problem with another laptop, Both are running v1.1.13 of the indi-sx-ccd driver. Interestingly, the Y Pixel Size is reported incorrectly as 3.02 microns, not 6.04 as the X Pixel Size is, but the other parameters seem OK.

Hi all, I have had an SX26C camera for several years, but rarely used it. I tried it a couple of days ago, as I was hoping to use it with a new telescope and now use the INDI ecosystem, which works very well with my SX694/Ultrastar combo.

When I tried taking some short test frames using the INDI driver, the server recognised the camera (as an SXVR-M26) but the resulting FITS is a strange mess. I've attached a 2x2 binned version to save space but the 1x1 is very similar. The mount was guiding, even though the few stars are smeared, and the overall picture looks rather modernist - just not what I want! I've confirmed that the camera works under ASCOM and with a test program from Starlight Xpress. Terry Platt, the camera designer, suggests that the problem is that the M26C series has an unusual CCD structure, and so only a few imaging programs can decode it successfully.

Building a driver to read it is probably beyond my coding skills, but I was wondering if anyone has any other suggestions? I realise that the SX26 is a rare beast and not easy to use - hence why mine has lived on the shelf. It may be that trying to use it under INDI is a non starter but I'm willing to have a go to see if I can get something from my initial investment.