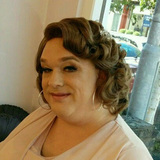 Well, some more unexpected clear skies - did some more testing in the garden and definitely had dark frames in place and no change in the noise.

Even altering the gain had little impact on the noise tbh and I fiddled with various other settings in the driver but no real luck although changing the white balance seemed to be having some effect but fairly minimal.

However you can make out your target star from the noise (on the unit we have anyway) and I got the mount dialled in to what it told me was 1arcminute of alignment error so it is certainly viable to use the ipolar with the alignment module.

I can only throw wild guesses as to what is happening but it really looks like it's not subtracting the dark frame. Is it possible that because the refresh exposure has to be so low it doesn't have time to process it ?

The frames I was solving definitely had a 0.25s exposure dark frame but thinking about it there may not have been a 0.5s dark frame in the library for the refresh/alignment portion. It definitely looked like the dark frame wasn't being subtracted but I thought I had tried it with a 0.25 refresh as well and got the same result - this may not be the case and I'll try again next window I get (might get lucky tonight looking at weather).

In terms of the noise it doesn't show up much at all in the live view which is why it surprised me to see it at that point and so I'm not sure the V4L settings beyond gain and image size had much impact on it. That said I will do furthur experimentation with them to see what I get. Even when using the iOptron provided software on windows we typically had to crank the gain up to 2-4x to get solving to happen (it goes up in half step increments on their software so that's functionally equivalent to 192-288 ish on the V4L driver which is why I first played with that parameter).

That said, looking at the dark frames I do have it seems to be a pretty noisy device - the ioptron software dark frame seems to be a custom format so I've not been able to open that on my desktop to look.

just an update - had some unexpectedly cloud free skies this evening so was able to test again. By futzing with the low and high value settings in the solver settings it started solving and eventually landed on a low of about 570ish and a high of about 819ish. I was able to then run through the polar alignment process and complete it although there are a few snags to be wary of;

When you get to the actual alignment phase after the solving and you need to click refresh it defaults to a 1 second refresh and this seems to translate into a 1 second exposure (I imagine this isn't news to everyone more familiar with EKOS than I but it's not clear from the info on the screen screen) , this needs to be set to 0.5 or lower otherwise it crashes (and locks up) as I believe the V4L driver doesn't support beyond an exposure length beyond 0.5s. The other snag is that the image you use to align the star into the crosshairs has a _lot_ of noise on it (no idea if this is expected behaviour or not but the noise looks like what you see in the dark frame). It is, however, just about possible to make out the point you have selected although getting it super precise wouldn't be that easy.

In summary I had to ensure the following was set to make everything work;

Ensure in the indi control panel the iPolars image size is set to 1280x960 otherwise you will get strange images indeed.
Change the gain in the iPolars settings to a level suitable for your skies. This was in my back garden which is bortle 6/7 so I found I needed the gain at at least 160 to get solving to happen and right up at 192-288 to get it happening reliably.
I set the FOV in the alignment module to 780' x 585' and this seems to be happy.
I set the low and high values in the solver settings initially to around 400-900 and then it eventually homed in on about 571-819 after it solved the first image.
I used an exposure of 0.25s.
I used a refresh of 0.5 on the final screen.

With that in place it's then working for PA, with the noise issue mentioned above.

So I've successfully used it for alignment and I hope the info helps anyone else wanting to do the same.

Thx. I should probably qualify my "all the index files" by adding the word recommended to it in that I just selected the recommended ones for the FOV I've set (basically covering from 1000' to 240').

The relatively unknown part is that iOptron list the FOV as approx 13 degrees (so 780') which is what I have it set to currently, that's not necessarily what the FOV actually is tho as it's not exactly well documented. However the image I solved online came back with a radius of 6.858 degrees in the calibration info which would track with approx 13 degrees I guess.

Anyway, I think the iPolar works with the v4l driver for the purpose of capturing so the rest is probably just down to tweaking and/or vagaries of my setup.

I ran across this thread and wanted to offer some info that may or may not be useful.

We have an ipolar on my wifes setup and I wanted to move everything onto an RPi so we didn't have to trail long usb cables from the gear to the laptop (she likes to sit in the warm) and as a result I've been playing with ekos and the ipolar.

The ipolar seems to work happily with the V4L driver and doing some USB sniffing on the protocol the official software uses it does seem like a pretty bog standard device in that respect. What I did have to do is change some settings in the indi control panel as it seems to default to a 640x1280 image and not the 1280x960 it is under capture options which led to some interesting visual effects. I also needed to tweak the gain up quite a bit to get decent images (around 288-320 gave me good results) and with that set and a 250ms exposure I have been able to capture images which I can solve at nova.astrometry.net so it does seem to have the capability.

However, actually trying to run the polar alignment routine (using the local engine with all the indexes downloaded) leads to the astrometry process just sitting at 100% CPU and never finishing, or at least not finishing within any timescale I've so far left it running (in the order of 5-10 minutes) and I was under the impression it should be a lot faster than that.

Hopefully that information helps in that the ipolar seems to work well enough to capture images to solve with the V4L driver, I'm just now stumped on what my problem with solving them locally is so am going to need to learn a bunch more about the commands to try and run it against the images I captured from last night as my cloudy SW UK skies are not likely to give me another clear period to test in for a while.