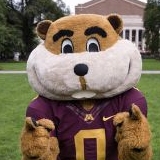 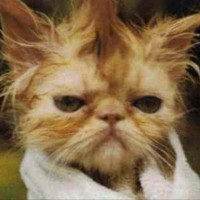 Thomas replied to the topic 'PyINDI INumberPropertyview Indexing Change' in the forum. 1 year ago

For the sake of completeness and in case anyone else is experiencing this issue I will present the two workarounds I found.

Firstly, INDI comes packaged with a couple command line options that will allow one to see and set various parameters. The output of indi_getprop is easily parsed for automated data collection.

Additionally, INDI also supports the use of D-BUS . The linked tutorial is a tad out of date but is still applicable to Python 3. Though, I did find I did not need to initialize gobject or use dbus.glib, which is now a depreciated module.

Personally, I will be sticking to D-BUS for now as it also allows for interactions with Ekos, such as triggering auto-focus.

Thomas replied to the topic 'PyINDI INumberPropertyview Indexing Change' in the forum. 1 year ago

It seems this is not an issue localized to the Vantage drivers nor my code.
Copy and pasting the code from the PyINDI Tutorial into a Python script and running it results in the following output.


After dissecting the attributes of various I*type*Propertyview objects I have yet to find one that allows me to access the output of the sensors associated with any equipment.
The readings are displayed within the INDI control panel in Ekos which leads me to believe the issue lays in PyINDI. Was there a change in methodology in PyINDI or is this a bug?

If this isn't the correct forum to be using for this issue, a nudge in the right direction would be appreciated.

I recently did a fresh installation of Ubuntu 18.04 and installed the latest versions of all INDI/PyINDI. I noticed some of the scripts I've written using PyINDI are no longer working.
For context I'm using a Davis Vantage Pro2 and am trying to access the weather parameters.

Here is a PasteBin Link to my script. At line 71 it throws the following error.

Any help would be greatly appreciated!

Thomas replied to the topic 'Davis Vantage Pro2 Temperature Roll Over' in the forum. 1 year ago

I went out and confirmed that the console was reading the correct temperature, -20°C.

Thomas created a new topic ' Davis Vantage Pro2 Temperature Roll Over' in the forum. 1 year ago

I've been using a Davis Vantage Pro2 for weather monitoring out in the field and I've noticed some interesting readings.

After reviewing the logged data it seems that temperature is still being tracked properly, just at a massive offset. It seems to roll over at temps below -17.78°C to 3623°C.

I haven't had a chance to go out and see if the console is giving the same readings, however.

Ultimately, this isn't a major issue, for myself, but I figured it was worth noting.

Thomas replied to the topic 'Ekos Output and Disabling Ekos Mount Control' in the forum. 1 year ago

Here is a directory with the needed python files from the PlaneWave website.
There is a zip file labeled pwi4_python.zip which should have everything you need.
Keep in mind that PWI4 must be running while using the scrips provided.

Thomas replied to the topic 'Rapid Exposures and FITS File Write Time' in the forum. 2 years ago

That sounds fantastic! Any idea where I should start digging? I looked through the QHY driver properties and could not find anything resembling a rapid capture mode.

I've been attempting to get an automated observatory up and running which would take images extremely quickly. I have been using a QHY 183M CMOS camera and have noticed that if I take a rapid sequence of exposures the vast majority of them will not be saved. I suspect that this is a file write speed issue but have been unable to verify this. I've attempted to save the FITS files to an external drive (HDD) thinking that the external drive would be able to dedicate all its write speed to the incoming FITS files but I did not notice increased performance.

Before I invest in getting an external SSD or some other more exotic solution, I was hoping someone on here may have some experience in this area. Any advice or guidance would be greatly appreciated.

Thomas replied to the topic 'Telescope Scripting Gateway Documentation' in the forum. 2 years ago

For those who may run into the same issue I did in the future...
If you enable debug and see that a script is returning 512 you need to add "#!/usr/bin/python" to the beginning of your script.

I've been working on bridging the gap between Ekos and a telescope mount with no INDI drivers. I figured using the Telescope Scripting Gateway would be a straightforward way to do this as the mount has a Python API. Unfortunately, I can't seem to get the connect script to work. Despite ending the script in "sys.exit(0)" Ekos continues to return that it failed to connect.

I can't seem to find any documentation on the scripting gateway outside of the text file "telescope_script.txt"

If someone could point me in the right direction that would be greatly appreciated.

Thomas replied to the topic 'QHY 183M Not Detected by Ekos on Raspberry Pi 4' in the forum. 2 years ago

I did the same and the QHY camera is now detected!

Thomas replied to the topic 'QHY 183M Not Detected by Ekos on Raspberry Pi 4' in the forum. 2 years ago

After a fresh installation of Ubuntu MATE (20.04) the problem seemed to persist.
After installing Raspberry Pi OS, Ekos had no issue finding the camera. And everything seems to work as it should.
Considering Ubuntu MATE for the Pi 4 is still in beta I'm not sure who's end this issue is coming from.
At any rate, its worth noting that other devices (Celestron SCT focuser and Celestron CGX mount) had no issue connecting under Ubuntu MATE.