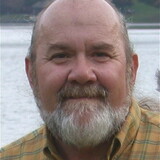 Jim Davis replied to the topic 'INDI Driver for SVBONY cameras' in the forum. 2 years ago

Thank you for that @jaytay. I'm installing the driver as I type. So it looks like SvBONY is an INDI step-child because I would have thought that using the latest INDI Library would have covered that!
Somewhere in this multiple setup process I noticed that the sv205 (driver?, in Ekos?) defaults to an image size that's way smaller than the device is capable of and with sensor sizes way bigger than spec. - where can I go to edit these so they are correct? As you can see I need to better understand the astroberry pi architecture so forgive me.

Jim Davis replied to the topic 'INDI Driver for SVBONY cameras' in the forum. 2 years ago

Newb to all this telescope biz, ran Linux Mint for a bunch of years, just got a new RPi4 and Astroberry- so far not a big fan. Or of the INDI system.
There. I've vented. It's Christmas eve and been trying to get 1st light since the 19th,
Before I updated the Astroberry system the INDI web panel showed SVBONY as a selectable CCD, but I still couldn't get either cam working. After the update SVBONY is not listed as a selection at all, but selecting V4L2 CCD lets EKOS-KStars identify the sv205, and although SV305 is listed in EKOS-KStars when I attempt to run the config it says it can't find the driver for 'indi_sv305_ccd'. I've also tried updating the INDI driver package but it reports that it is current.

It really shouldn't be this hard, considering I can get my system to work with a Win10 based laptop, but I'm looking for the Pi to be a small form factor remote to attach to the scope.
Where do I find these unicorn SvBony INDI drivers? Do they exist, or is it like the hard to spot unicorns?

.. and telescope controls that don't work without stopping gpsd drivers .. don't get me started!

Merry Christmas and Happy Holidays to all. Maybe Santa will drop me off some Pi filling tonight for when I wake up tomorrow.