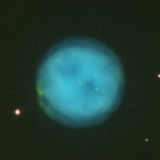 David Bennett created a new topic ' Plate Solving an image with Kstars' in the forum. 2 weeks ago

I often use Kstars to examine FITS files captured previously. (File > Open Image...) Would it be possible to add plate solving capability to the fits viewer? I have to use another application to solve the image which is a shame because Ekos has this capability in the align module.

Yes, that's another possibility, use PHD2 on the Pi. I read somewhere using the internal guider is better as its more integrated with the other modules. Having said that I don't know what you lose using PHD2. I would have slight reservations about co-ordination.. After a Meridian flip will imaging wait until PHD2 has started guiding. Will guiding not start until Dome has finished moving. If a band of cloud passes and guiding is lost for a period will capture know this and halt imaging as well for a while. Is it necessary to re-align (plate solve) or does PHD2 put telescope back onto the target. Does a guiding fallure put the mount to tracking rate until guiding resumes? Lots of checks to be done.

Thanks for your suggestions Giorgio. I have been running Astroberry in server mode with Kstars client on my PC for several months and I agree with all your comments, it works well. I have one remaining problem with the internal guider and a small amount of drift in RA resulting in egg shaped star images in some frames. That could be due to my rig, incorrect configuration of the guiding module for EQ8-Pro mount or simply poor seeing.
I have installed StellarMate for better support and will be using it in thin client VNC mode first (when I get a clear night!) to see if guiding is any better. If it isn't then I will revert back to heavy client - server mode and look elsewhere to fix the problem. My theory is when operating in heavy client - server mode maybe the guiding response is delayed because the guide camera image has to be transferred to my PC across the LAN, then correction pulses sent back to the indi server across the LAN for transfer to the mount. With thin client maybe its faster as LAN is not involved. Anyway I expect to be proved wrong and guiding drift in RA isn't due to operating as a heavy client.
Thanks for the link to to the manual.

I don't have the option for a 1600x900 display so I guess that setting is specific to the mini pc display.

There is also an Appearance Settings dialog and by setting the defaults to small screens this displays the Ekos-Kstars dialog correctly at a reduced floating size. Appearance settings fixes the problem.

Busy for a couple of days but will try out ASAP different screen resolutions starting with 1600x900 to see which one gives best display. I suspect Qt has been used to design the EKOS GUI but there must be many factors that determine how a Helvetica 8 point, centre justified, bold, orange label is reproduced exactly the same on another device at a different scale.

Hi Aaron. Thanks for your suggestion. Installed remote desktop and connected from my PC. Easilly done and pleased to say the most responsive remote connection I have tested so far.
The display suffers from same issue as connecting with tightVnc or web browser. For comparison:
Running Kstars locally on PC 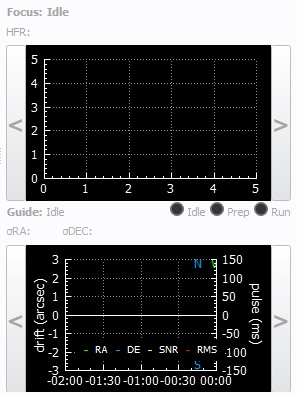 Gene, StellarMate is running x11vnc server and noVNC. I think noVNC must be an interface between a web browser client and the vnc server. This explains I think why I see the Dashboard and the Pi screen in the web browser and using Tightvnc just the pi screen. I see -xnodamage is set but this doesn't prevent the module tabs looking somewhat messy.

Gene. I am using whatever is included in the latest StellarMate image. The only change I have made was to use the Software Updater function on the Pi desktop. There was one update available which I did but I don't know what the update was or fixed or improved.
/etc/os-release says its "Debian GNU/Linux 11 (bullseye)" I presume it's 32 bit OS as from I can tell its still early days for a fully supported 64 bit version or am I behind the times?
LXDE is the desktop environment .
window_manager=openbox.
On viewer side I am set to level 6 and quality 6. Tried 256 colours but terrible display. Other than changing the local cursor to an arrow I cant see anything else to twiddle.
On server side I am yet to discover what the vnc server is and where it is configured in StellarMate build.
I don't want to swap vnc server installed with x11vnc for support reasons even though it may be a better solution. I have purchased StellarMate on the basis it is supported 'as is'.
I have astroberry on another SD card and that is where I should fiddle with things such as VNC server.

Another reason for running Kstars on Windows, it cured some serious bugs with Astroberry. I spent a couple of months trying to get Astroberry stable running Kstars on Pi but it crashed on a regular basis. One reason reported was viewing fit files when capturing which is a really handy facility but had to be turned off. Monitoring memory consumption, I came to the conclusion that the Pi couldn't cope with running Indi drivers and Kstars at the same time. I have no direct evidence, but the beauty of running Kstars locally some of the processing overhead is moved to the client PC with the Pi managing driver and equipment control. I believe in this mode of operation with a localobservatory over LAN, vnc is not involved (certainly no display graphics, keyboard or mouse interaction) and I found the LAN very reliable and much more reliable than doing everything on the pi. I find I have various windows open when imaging. Kstars planatarium display, EKOS, Indi, fits viewer, File manager ,observatory cam and local weather (Edge). With twin screen and kstars running locally I can position all these windows for convenient display.

Will carry on with Stellarmate in mode of operation with everything running on Pi for a while to try and eliminate the very slight drift I see in RA (egg shapes stars in some frames). As Alacante recommends, for a remote Observatory operated over the Internet Local Kstars wont work and a mini PC has more grunt to cope with workload.

I installed tightvnc on my PC client and it works fine. Thanks for that advice. Hostname is simply stellarmate and password smate then I see the Pi display (bypassing the dashboard interface) and a much better response time. This is still not as fast as running kstars installed locally on my PC with a remote profile. You get a much much better display running the windows version of Kstars especially when you have 2 monitors. Anyway I want to try the VNC as this eliminates a possible weak link of communicating across the local LAN although I have used that method for sometime and found it to be very reliable. The main reason to use VNC is to see if guiding works better.

I notice using VNC some of the EKOS dialog TABS are messy with text labels misplaced and too large which is a shame. Tried different screen resolutions but it didn't make a difference. Maybe this is an X11 issue.

I have not fiddled with the Pi VNC server to see if there are settings to improve performance because I haven't found them yet? In fact the dashboard icon to run Kstars is labelled noVNC!

Hi Gene. Some useful info thanks.
My system is a Pi 4 running StellarMate OS. Using it as 'out of the box' at the moment. Pi is wired to my LAN and I am connected to it from my PC (windows) desktop in my study. This is done through Edge browser using address stellarmate/#/vnc. What I see is the stellarmate dashboard on the Pi. I select the VNC icon and that runs Kstars and from there I can set up my profile and connect to my equipment. I should say I am quite familiar with this having done this with Astroberry install on Pi before. With Astroberry you connect to WebManager. With StellarMate its the dashboard.
First of all not sure of terminology and what device is the vnc server and what is the vnc client in this scenario? The response connected this way is quite poor with about 1/2 second delay so I find I have to consciously slow down when typing or dragging with the mouse to wait for screen to update. Would like to know if I can speed up the connection as speed isn't enough to be useable.