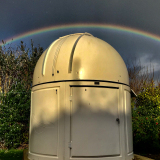 Has the Adafruit Motor Hat focus driver been removed from the Indi library? Mine was working well until I updated my Astroberry recently and the indi_amh files dissappeared.

It doesn't seem to be listed anymore in the focuser driver list, so can it be re-added if possible?

Mark Aston replied to the topic 'Tips for Auto-Focus' in the forum. 2 weeks ago

Thanks John, I’ll save some runs once the clouds here in Scotland clear!

I couldn’t see your images/inserts - just a note that ‘You do not have permissions to access this page’.

I have the same glitch, but when I try to install the dependencies you have kindly noted, it says can’t find files/location.

Do you know if anything has changed regards this?

Mark Aston replied to the topic 'Tips for Auto-Focus' in the forum. 2 weeks ago

Thanks John, this is most helpful information.

I have been playing with EKOS focus module for quite a while now and your, Peter and Nigel’s comments have been very helpful. However, it appears there are two specific attributes of my RC setup that have exposed difficulties:

(1) The iOptron stepper motor belt-driving the focuser is quite course in real terms
(2) The central obscuration of an RC is bigger than those of newts, cass, SCTs, and Maks. This means that the diffraction donut is a much greater % of the out-of-focus image area and becomes more apparent, more quickly, than other designs as you move thro’ focus.

The courser step resolution of the iOptron set-up exacerbates the issue, and I may well just move to a ZWO EAF as installed on my large refractor and Mak-Cass.

However, given the success Peter has with a large SCT even pushing the boundaries, as you put it, it does beg the question if EKOS focus module could include an option to measure only the outer diameter of the diffraction annulus, once the HFR starts to flatten out, in a future update?

I have no doubt I can further refine the settings to better focus my RC set-up, and will actively play with this (once I get a clear night!); it is important to note that I also use NINA and a couple of other autofocus programmes on my observatory PC that do noticeably work better than EKOS. This appears to be mainly due to EKOS detecting sub-sections of the annulus (as you noted) sooner in the thro’ focus process than the other programmes.

I really wanted to move to the more stable implementation of EKOS on a RasPi and retire the PC that struggles in a remote coastal observatory, hence am very keen to see if EKOS can work with my RC - it does focus nicely with the other scopes by the way…

Can you clarify for me what tools in the focus module best cope with diffraction annuli as the focus is automatically moved in and out of optimum HRF for a scope with central obscuration - in my case an 8” RC?

Reading the evolving discussion between yourself, Peter and Nigel, and looking at the online documentation, I’m not entirely sure whether there is a mechanism in each algorithm to determine the outer diameter of an annulus (donut)? What I am finding with an obviously course focusing iOptron electronic focuser is that EKOS passes a point where it stops measuring the enclosed energy of the donut and limits itself to part of the donut (or indeed determines if can no longer detect a star).

I’m really just looking for guidance on what are the critical variables per implemented algorithm that are most appropriate for obscured catadioptrics?

Thanks Nigel and Peter, max travel is probably the culprit as you say, but based on experience of other autofocus programmes, I was expecting EKOS to determine a limit of increasing size itself to decide whether to focus in or out, to auto v-curve the action.

Is there a description of the algorithms employed in the various measurement options so I can see how the main variables the user inputs will affect the operation of the system?

Thanks Peter, too big a step size has been my playground for a while, but I’m only using 10 and 15 steps at present. I can see the star image grow and shrink nicely, but it’s EKOS that does not seem to stop before it goes so far as to produce annuli. I don’t get this at all and it’s going past a x3 HRF.

I will keep playing, but one thought that is coming to mind is that the iOptron focuser is not up to the job…

That's useful information. I should note that it's EKOS that pushes the focus to show donuts - I focus to a good level (just a smidge focus in from ideal focus) before I autofocus and even reducing the step size to between 10 and 20 steps for the iOption stepper motor, with a multiplier of 1 or 2, EKOS stills steps away from focus sufficiently to produce donuts on my RC. I'll try the Sep setting when we next have a clear night.

I changed over to running EKOS around a year ago and in that time I have not been able to run the focus module successfully with my 8” RC, standard crayford focuser and iOptron EF. I have reached the point where I have good steps in and out, use linear algorithm and get a ‘sort of’ V-curve. All setting seem to be about right for my setup and visually Autofocus seems to drive nicely out-of and back through focus.

My problem is that the module fails with ‘fail to detect a star’ when the image shows an annulus - this is even stepping outside a nominal focus by orders of 10s of steps. The annulus is bright and tracked in the green reticule, but EKOS seems to not track the outer diameter and maybe is attempting to measure part of the annulus rather than the whole.

I’m any case, it will only focus around 1 in 20 or more attempts and even then tweaking does better.

After browsing many discussions on focusing and probably missing the important one, I’m stumped! Can anyone point me in the right direction to track the outer diameter of an annulus for successful focusing?

Many thanks for this. I came to the same conclusion that something wasn’t quite right so reinstalled Astroberry with the latest version and updates.

Lesson learned here is to always check for updates and don’t assume everything works as it should all the time!

It’s so good to just have an independent eye point in the right direction, so thank you very much for your help.

So, I’ve just worked out that PHD2 needs to be running before EKOS is started and running. I can see the cameras under the Indi option in PHD2 once this sequence of events is rigorously followed.

Unfortunately it has now thrown up another problem - the system is now reporting that the DSI driver is crashing and so won’t start!

If it does, I’m now at a loss what to try next?

Many thanks for your reply.

I have installed the entire latest Indi library, including indi_dsi_ccd, which is in the ./user/bin directory as default installation for Astroberry.

I’m also using the default install of PHD2 that comes with Astroberry package, but I see no option for DSI under the camera options in PHD2, nor in the Indi option under the same menu.

I’m just confused as to where PHD2 might need to see the dsi driver - it’s obviously not the same as for EKOS.

Any pointer on this for me?

Mark Aston replied to the topic 'Controller for stepper motor focuser' in the forum. 6 months ago

If you use the Adafruit DC and Stepper Motor HAT for your Astroberry, the drivers are already enabled in the Astroberry firmware and it's just a case of connecting the four wires of your stepper to the HAT. I use this very successfully in my observatory.

Hope this also gives you an option for your setup.

Mark Aston created a new topic ' Meade DSI for autoguiding with PHD on Astroberry' in the forum. 6 months ago

Please forgive a newbie question relating to PHD guiding on Astroberry. I've just swapped my PC-based observatory to an Astroberry to see how stable things are with this solution.

I use a Meade DSI as an autoguider and would like to continue to keep using this for the moment, but there is no option for a DSI under the PHD imaging equipment connect devices. Can someone just point me in the right direction as to how to install the driver here - I can see my DSI under EKOS, but I want to use PHD if possible.