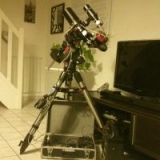 Sébastien replied to the topic 'KStars v3.3.6 is released' in the forum. 3 years ago

It works wonderful and it's crystal clear.


Robert Lancaster made huge improvements to the handling of Astrometry.net configuration management and indexes. This should make these features a lot more accessible to a wider pool of users.
You can edit the astrometry.net configuration file directly in KStars. Furthermore, you can easily add/remove folders that that contain the index files. Many users have the indexes files stored in external hard drivers, and with this feature, it is now very easy to add the additional folders so they get utilized by the solver.
This change is accompanied by changes to the index downloader. Now you can check all your collections, and you have the ability to download indexes to a particular folder in your collection. A green index file indicates that the file is available in the system and does not require to be downloaded.

This is also the case for mine. Mean ADU of one frame in kstars viewer is 215 ADU 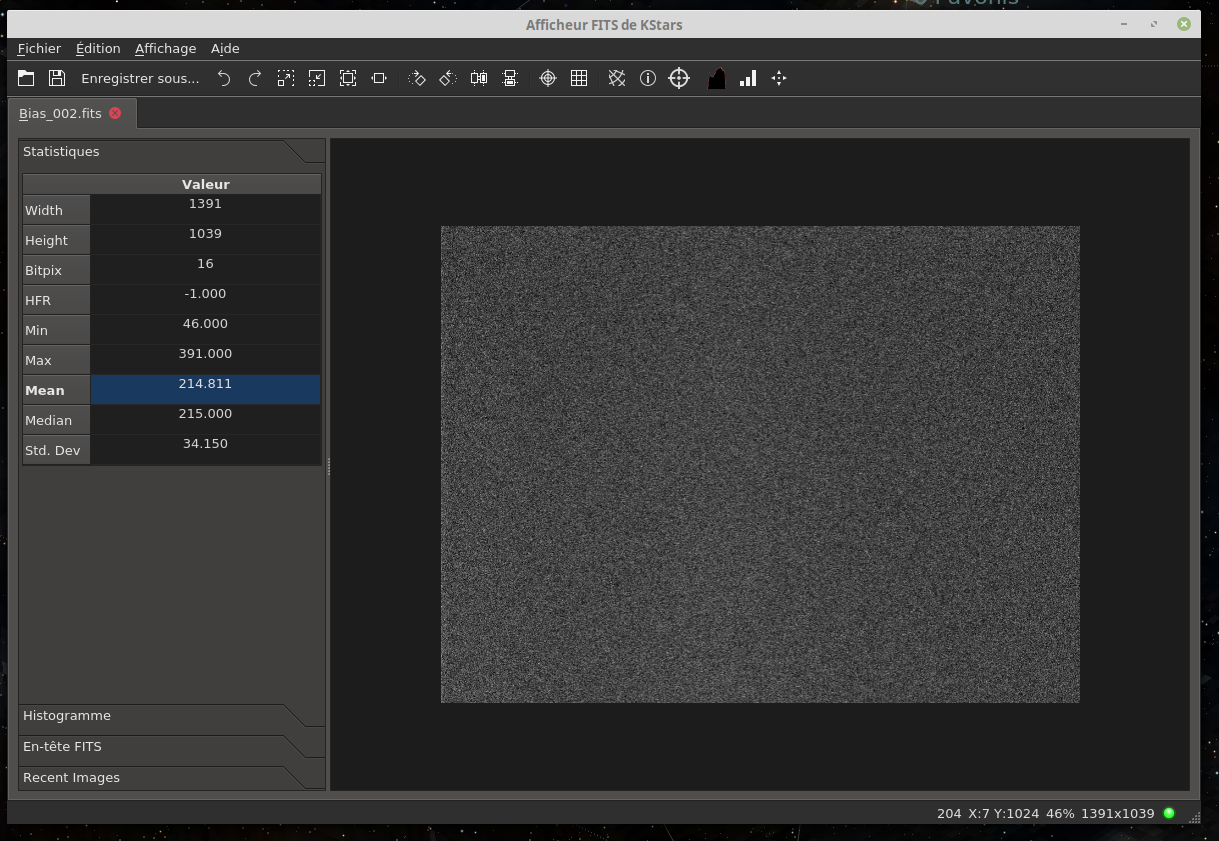 The master bias is showing a mean of 3.24e-03 in PixInsight which after some math equal to 212 ADU

Unfortunately, in the case of Atik 314E we need both of them. I don't know what is the delta temperature reached by the cooler but what I'm sure is that night temperature in winter and summer is not the same in France. I have to use at least 2 set of master bias. I think I will perform in the near futur some experiment in my fridge and my freezer just to know the effect on the mean value of the bias.

I presume mine was a new one. I got it for a good price 4 years ago but I use it not often.

This message is out of the topic and maybe I should open a new one. You're story about ageing of your sensor and my recent reading are maybe connected.
Atik advise us to warm up the sensor before power off the camera. Indi detects there is no sensor, and conclued there is no cooler. No possibility for us to switch the cooler off properly.

In AtikCamera.dll Guide you can read :

Note: It is very important that this function is called at the end of operation. Letting the sensor warm up naturally can cause damage to the sensor.

Sébastien replied to the topic 'Re:[SOLVED] Atik 314E wrong sensor size' in the forum. 3 years ago

Exactly. I don't know what kind of chip is inside the camera. This is an old camera and it's hard to find documentation about it on Internet.
I think that some columns and lines are used for preprocessing.
This old frame with 1 more pixel in width and height is showing a dark line to the left : 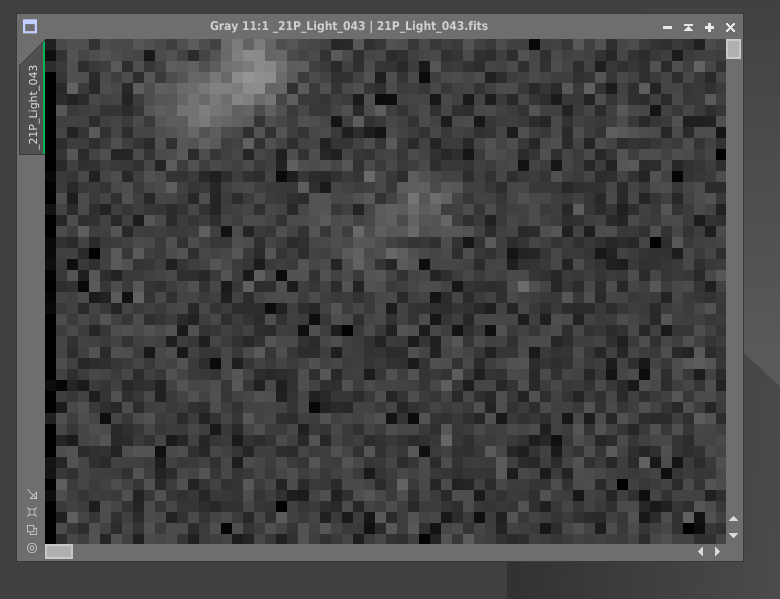 I got an answer from Atik. The support is fast. Here is what they wrote :


Hello Sébastien,
Many Thanks for your enquiry,
I consulted internally about this, and apparently it was the original size that was wrong, the more recent one is actually correct.
I believe that it was wrong in the original advert too.

Conclusion, everything's fine. Something was wrong with the driver provided by Cloudmaker. I had to throw my master frame to the trash and create new ones.

Sébastien replied to the topic 'Re:Re:Atik 314E wrong sensor size' in the forum. 3 years ago

I reported the issue by mail at This email address is being protected from spambots. You need JavaScript enabled to view it..

I tried to capture a frame with ArtemisCapture software under Windows and encountered the same issue. The size problem with my Atik 314E seems to be global.