Many amateur astronomers have seen movies like Contact, Deep Impact, The Dish and similar movies, getting inspired in Astronomy and beginning their nightern journey.

I personally, except Sci-Fi and educational movies like these, was impressed by many documentaries about astronomy that talked about joining together many telescopes into one giant eye that watches towards the sky with extreme resolutive capabilities.

The technique that permits to achieve this is Interferometry, that consists into the calculation of interference between signals of different fluxes (optical, radio, pulsative) such to obtain the correlation level between them: the similarities in certain conditions. Such conditions, in astronomy, can be the perspective, the parallax, the location of the telescopes on behalf the subject observed. The more the signal is strong in such of these conditions, took note of them, the more the signals of them are similar. This is not so easy to understand at first read, but follows furhter explanations.

After many years of studies, searches and many tries, I got the opportunity to start to build a device that helps amateur astronomers to build their own array.

The device is a correlator, which is used into particle physics laboratories like the Super Kamiokande in Japan, Cherenkov arrays like the VERITAS array, radio dishes or antennas arrays like the ALMA array in Chile. 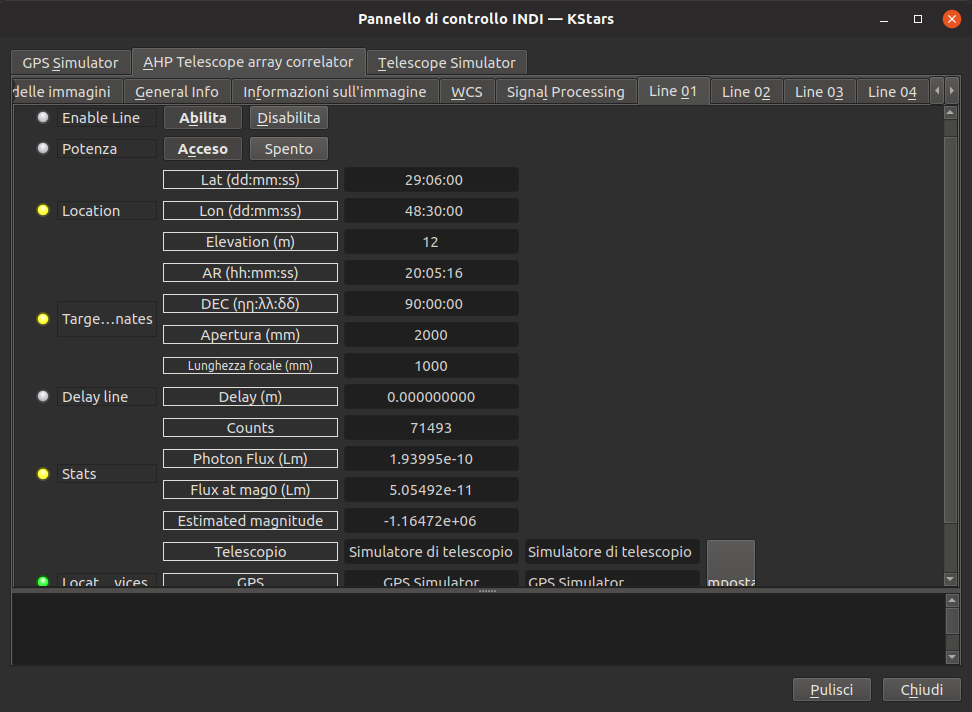 The correlator is a part of an interferometrical system, allowing to join the fluxes of the telescopes and to report back their correlation degree instantly.

The rest of the system is the hardware antennas or telescopes, the mounts, the GPSes and the visualization PC. INDI has a driver for the correlator.

The correlator is the AHP XC8, it allows to connect up to 8 telescopes, and to obtain 28 baselines between them.

The resolution of these arrays will depend on the frequencies, for example watching at 1420MHz the resultant resolution will be 18 arcmin/pixel while using optical sensors with a green filter the resolution reaches 2.5 milliarcsec/pixel. Just for comparison a 200mm telescope has the resolutivity of about 0.6 arcsec/pixel on the visible spectrum.

The INDI driver, at experimental stage, permits to obtain a picture of the sky directly after an observation.

The AHP XC8 is also capable to do spectrography, it allows to receive from radio sensors, optical single-photon sensors, and to power them up or to link a line using its global pass-through line. 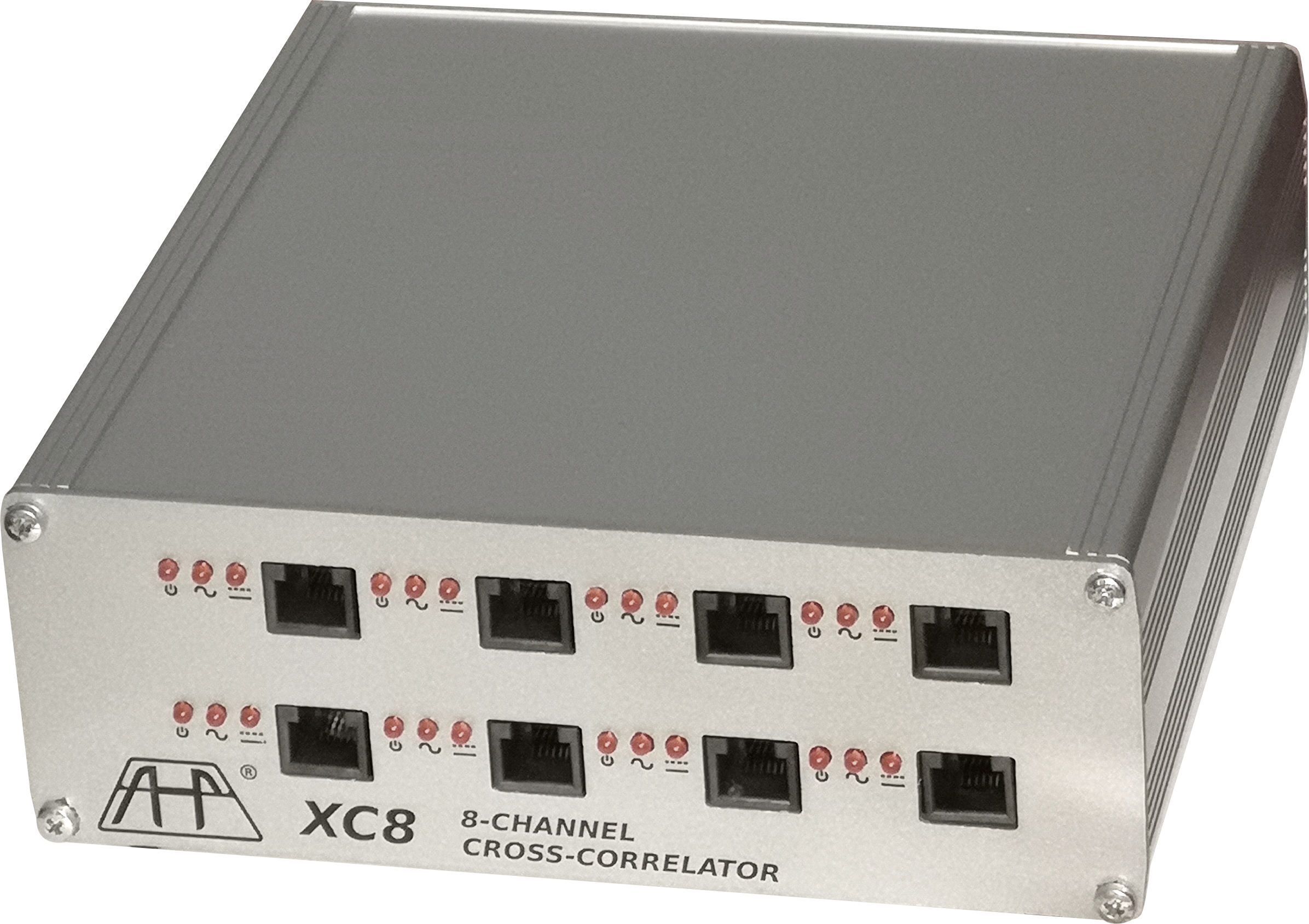