INDI AstroLink 4 driver is included with libindi >= 1.8.5 Under Ubuntu, you can install the driver via: Before establishing connection, go to Connection tab and select the port. Once connected, you can: 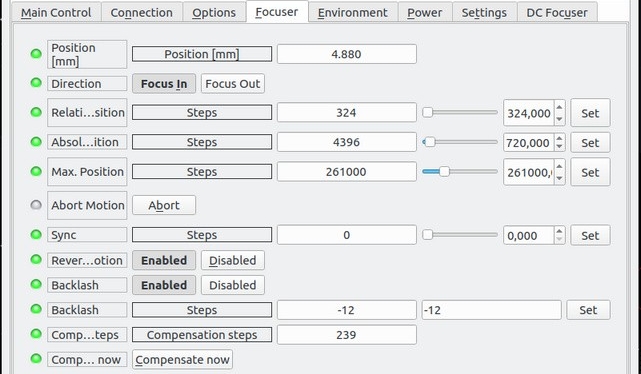 Set the absolute or relative position of the focuser, control backlash and temperature compensation. 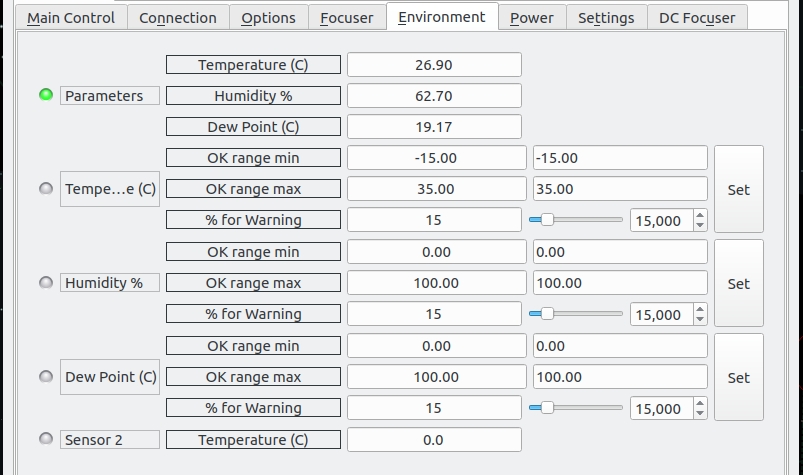 The environment group provides readings for the temperature, humidity, and dew point. Below them are the limit settings for each parameter that includes the minimum and maximum OK range for each reading along with the percentage when the reading is marked as warning. If the reading exceed the OK limit, it shall be marked as ALERT. If a Critical property is marked as ALERT, then it marks the complete observatory as unsafe and the client software might take precuations to protect the observatory such as automatic parking of mount and/or dome. 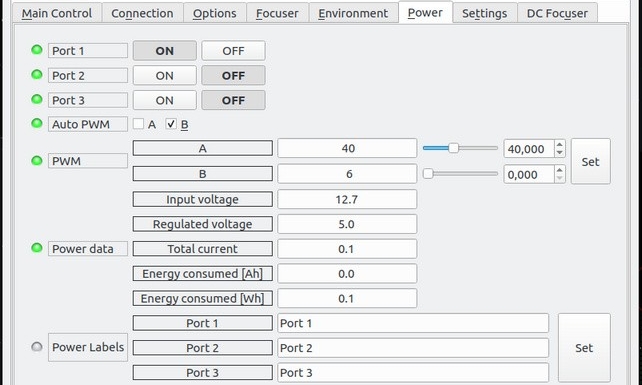 Control the DC output ports and PWM output. Consolidated power data is displayed below the control.