DeepSkyDad AF3 driver is included with libindi >= 1.7.6 Under Ubuntu, you can install the driver via:

DeepSkyDad AF3 is based on customer feedback and our experience with AF1/AF2. It contains newer technology, boasting a stealth drive feature for minimal noise and vibration. Apart from the smoother motion, it also provides more accurate movement with microstepping down to 1/256. Enclosure was also optimized for easier assembly, but of course retained backward compatibility with every existing adapter. AF3 is also ASCOM/INDI compatible, just like AF1 and AF2. 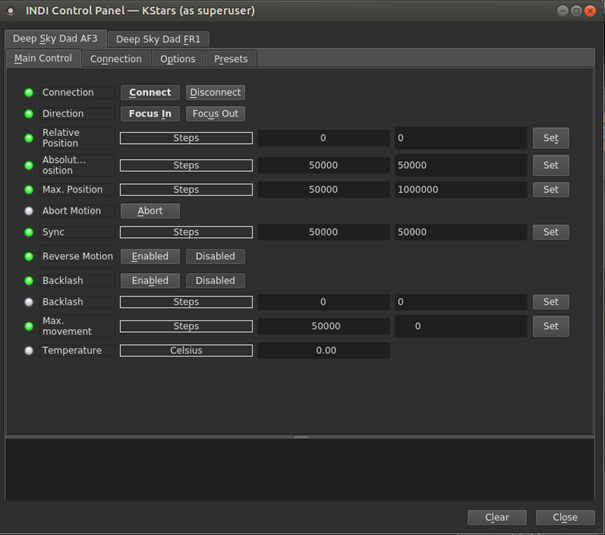 Connect to the focuser using a micro USB cable. The connection type is serial and by default the port is set to /dev/ttyACM0. The default baud rate is 115200. If you change the default port, save the changes by going to the Options tab and click Save configuration.

After establishing connection to the focuser, you can use the focuser control in the INDI control panel directly to move and sync the focuser. Alternatively, the focuser can be used in any INDI compatible autofocusing application.

The options tab provides several settings to tune the operation and performance of the focuser: 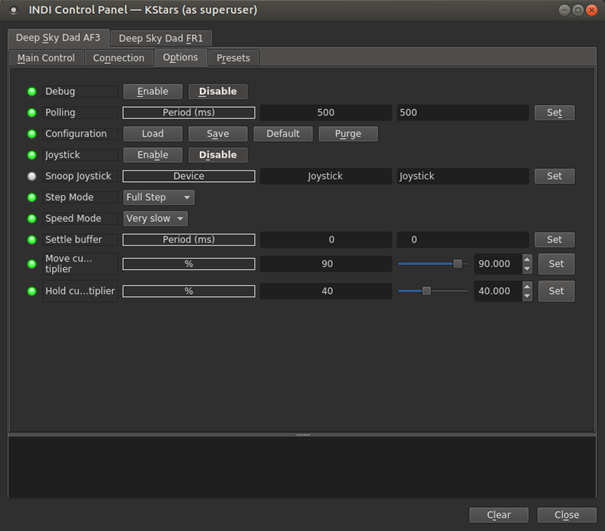