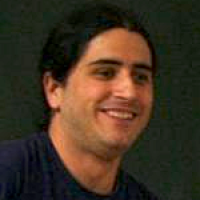 I'm having some trouble with and old QHY5 that I would like to use as an all-sky camera. I have been able to connect it through INDI both using Ekos and even with some python scripting. However I have a problem: If I do an exposure of X seconds the download time is X + e, being e a slow delay (which is understandable). For example, if I set an exposure of 10 seconds, the exposure counter takes the 10 seconds of the exposure and then about 11 seconds in which the image is supposedly downloading.

I have seen in other forums that this happened with other QHY cameras:

I have tested it connecting the camera in a raspberry pi (and the client in other computer) and connecting the camera in the same computer (therefore it is not a problem of the network connection). Using different software (for example PHD2 under linux) the camera takes the exposures with almost no delay. From what I have read it may be an error of the camera skipping the first frame when it is connected or something like that (and maybe the INDI driver reconnects to the camera each time that an exposure must be taken?).

Anyone has any similar problem? I know it is an old camera but I really would like it to use it. Any hints?

Thank you for your attention