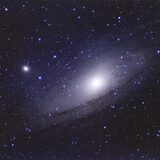 Geoff Marr replied to the topic 'Meade LX200 Classic Connects But Doesn't Slew' in the forum. 1 year ago

I am able to talk to the telescope through the RS-232 port by manually sending commands, and can get the telescope to slew successfully there (:Mn# :Qn# etc). The scope does *not* however respond to the ACK command, but all the other commands work. I found this thread  from a year ago where another LX200 scope didn't seem to respond to the ACK command, granted the scope from the thread was not an LX200 Classic like mine.

Any ideas on why Ekos is unable to slew the telescope if I can make it slew through manually-sent serial commands?

I am connected to a Meade LX200 Classic 10" with a USB-to-Serial adapter into the scope's RS-232 port. The scope connects to Ekos but when I try to use manual mount controls, it does not move. Right now, I am just trying to get the mount to move manually, I am not worried about an alignment. I have attached the log file that I gathered.

Is this a setting I am missing?

Geoff Marr created a new topic ' Polar mount adjustments do not line up with correction vector' in the forum. 1 year ago

I am currently out in the Middle-of-Nowhere, Colorado (heh) at the Rocky Mountain Star Stare 2021 trying to take some images while the weather is still nice. However, last night upon trying to use the Ekos Polar Alignment module, after the three photos were taken and the mount slewed 30 degrees West each time, when the correction vector was presented, the yellow (altitude) and green (azimuth) lines did not align with the adjustments on the mount itself. I would see the correction vector triangle and attempt to adjust the elevation first using the altitude knobs (like the polar alignment tool directs), but the star would move along a different vector, not the yellow line presented. I tried plate solving several times before I would use the polar alignment tool to make sure the WCS data was correct, and I could even tell the mount to slew to an object in the night sky with no problems, but it seems like the Polar Alignment tool thinks my camera is set in a different orientation than it actually is. I can't of course test right now (daytime), but would sure love some direction so I can attempt an imaging session again tonight. There is no internet out here (had to take my cell phone and computer to a specific spot to get enough signal to write this), so I am using the internal solver for plate solving, and downloaded all of the necessary index files and then some. This is with the default solving settings.

Geoff Marr replied to the topic 'New users Please read....thanks' in the forum. 1 year ago

Just did this myself... I think. After I submitted both posts, there was no form that let me know if the post was accepted, waiting for review, etc. So I posted it again, but still no confirmation... So I might be guilty of this. smile.png Or the posts might not be getting through.