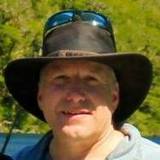 Peter Kennett replied to the topic 'New Focus Algorithm in Ekos' in the forum. 5 days ago

Does anyone know if this nightly update is available for Mac OSX as well?

Peter Kennett replied to the topic 'New Focus Algorithm in Ekos' in the forum. 3 weeks ago

But if the focus was off by a little, then the first one will get very close, but not perfect. Then, a second run of the Autofocus will nail it on the first pass.
But this is different than just letting the autofocus run two passes. With two passes in one run, the results are not consistent. Stopping the autofocus, and then restarting it after that first attempt is always better.

In all cases - the current routine always stops AFTER it detects an increase in HFR, but then uses that incorrect focus point instead of simply moving back to the best calculated spot and using that.

Peter Kennett replied to the topic 'New Focus Algorithm in Ekos' in the forum. 3 weeks ago

Agree 100%. I hope there is some movement on this much needed autofocus system. Two years on, and I still cant use unattended autofocus with the current system.

Wow, maybe my backfocus amount was too little. I'll try again next night my skies are covered in smoke

Alfred, I have done that, and it takes care of the focuser's backlash. But what I was talking about is the slight primary mirror tilt I get when the focuser moves it outward. I have found that my images suffer from very small tilt when the focuser ends it's movement outward. Fortunately EKOS ends it's movement INWARD, which is great, but it overshoots the ideal calculated spot forcing me to backup and move the focuser outward to the best focuser position. That adds the tilt. So I have to first go outward quite a ways, and then back inward to straighten the primary.

I don't know about this technical talk, but all I would love is to be able to use autofocus without having to go back in manually and move the focuser back out to the calculated spot - which is ALWAYS better than the final focus point that EKOS chooses. My whole routine has been to run autofocus, then manually move the focuser OUT about 800 points on the ZWO EAF (to prevent mirror tilt), and then back in to the previously calculated focus point. I image at 7,000 ft in central New Mexico, with humidity levels in the single digits. The difference between these two focus points is very noticeable and frustrating that EKOS aways chooses the worse point. At least it is consistent in that regard.

Using the latest build of MacOSX KStars last night I tried using the scheduler with a simple Red, Green and Blue sequence. Thirty frames each, two minute exposures.
Everything worked great at first, until the first time it decided to refocus my ZWO EAF on my C11. The guider paused, and the focus routine worked well.

But when it started guiding again, the stars has shifted (a problem with using EAF on an SCT) so the guider had to take a while to bring the guidestar back. This is normal - but the scheduler didn't like that, and ABORTED the job. It should have just paused to wait for the guider to get back in sync. But it simply aborted the RED filter and moved to the GREEN. That required a filter change and new focus - which it did. But again, the guider was not pleased and had to take time to start guiding again. Again, the scheduler didn't like that, and aborted the Green job and moved to BLUE! I stopped the scheduler at this point and proceeded to acquire my images manually. It was 1AM, so I as not pleased.

Is this normal? If so, it makes the scheduler useless for what it is designed to do.

Thank you, thank you, thank you!!! Several of us have been saying for almost two years about the linear auto focus always choosing the wrong focus point. I always had to go back in and move it back to the pre-calculated (from the first pass) position which was ALWAYS better than the spot EKOS stopped at. I baffled me why it go through the trouble to calculated a perfect focus spit, then choose a spit just inside of it. I image with a C11 w/ the ZWO EAF and the initial calculated point always produced a better focus point.

What I found worked was to let EKOS run through the first pass, and then I would move the focuser outward a ways (to take up the backlash) and then move it inward to the calculated spot. It worked great - but was basically manual.

With the C11 EdgeHD and ZWO EAF it was important that the final focus movement was INWARD. Otherwise I would end up with some mirror tilt.

Peter Kennett replied to the topic 'Option to Rotate after flip not working now.' in the forum. 2 months ago

Ok, I had this issue yesterday, and I had noticed another issue with the Falcon rotator - and this time I had error logging on. They may be connected.
When I load an image to "load and slew" the rotator moves to the appropriate position - but then the system seems to not realize that. The status keeps showing "Setting position angle to..." and the solver never continues. I have attached the error log. Since the solver thinks the rotator is still moving (which it isn't), perhaps this is why the rotator won't let me choose to rotate after a flip.

I don't know. These may be two separate issues. To get the solver back, I have to disconnect the rotator after it moves.

Peter Kennett created a new topic ' Option to Rotate after flip not working now.' in the forum. 2 months ago

Does anyone know what the "Rotate After Meridian Flip" check box will not work?
It's greyed out, and I can't check it.

I am using a Pegasus Falcon rotator with KStars version 3.5.9 built 04/24.
It used to work in a prior version of KStars. 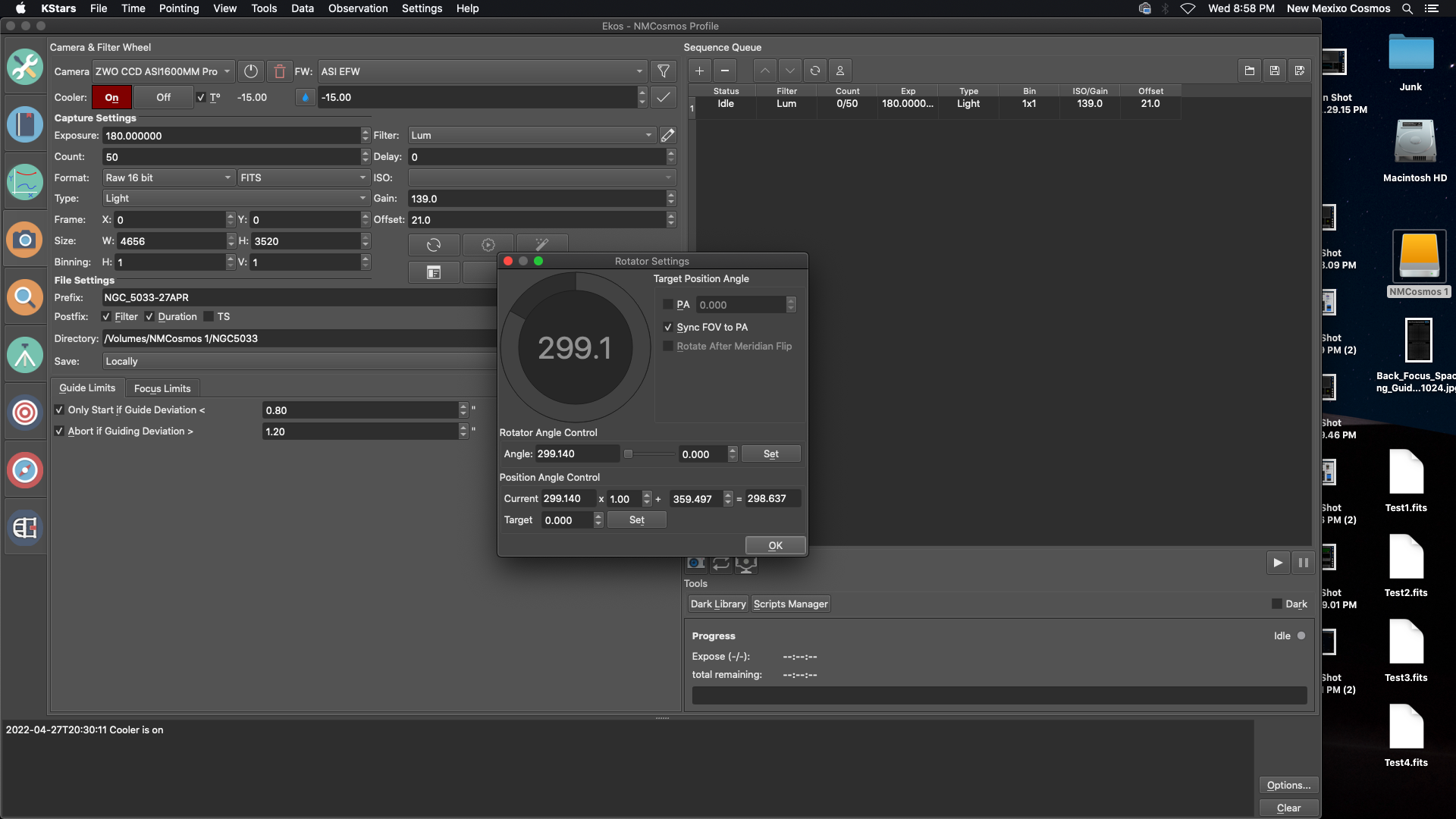 Peter Kennett created a new topic ' ABELL catalog not working' in the forum. 2 months ago

I installed the Abell catalog a long time ago, and now I just noticed that none of the items are showing up in KStars, not even if I search. I looked and see that it is listed as being installed. How do I delete it, and reinstall? I clicked on it to uninstall, but I cant reinstall it. I get an error message that states the due to a known bug, it's not possible to reinstall a new copy over the old one. But I cant delete the old one. What to do?

Peter Kennett replied to the topic 'Help with using a Rotator' in the forum. 4 months ago

Thanks! just found it!