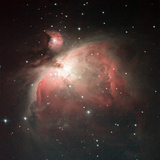 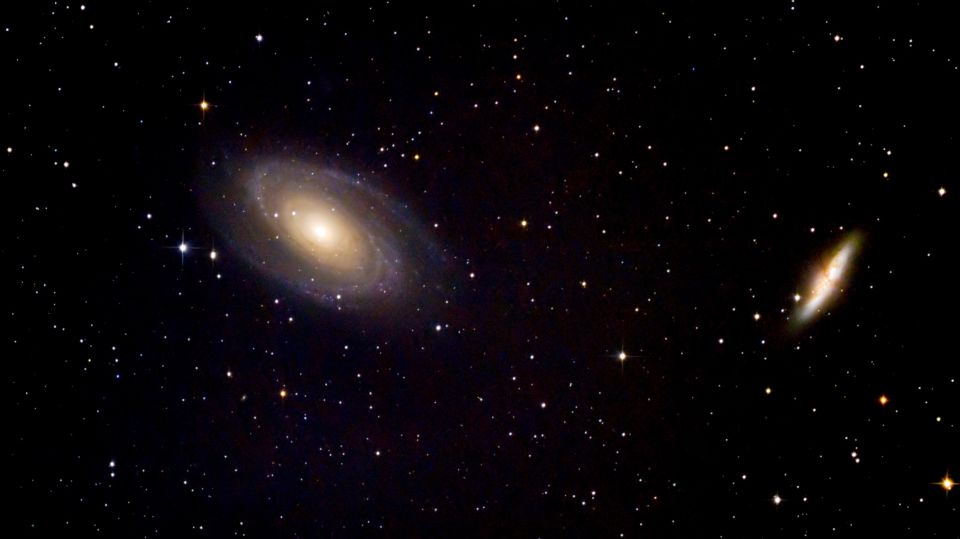 Andrew Jeffries replied to the topic 'Stellarmate app update?' in the forum. 10 months ago

Great update it has arrived and it does what it says on the tin. Great work to all the team really appreciate it. I can now control my mount and cameras from my tablet device. As I have changed laptops I decided to update SM to the new version and then everything fell into place. The only curiosity I have noticed is that the switch from hotspot to router is not a clean switch as I usually have to delete the device and rescan before being able to connect when changing networks but in fairness that is accomplished in seconds so no real problem in the long run. Just waiting for some clear skies to test it all out with. Thanks guys for all your hard work.

Thanks for the suggestion but I've already been down that road with no joy. I'm told by Jasem it may have something to do with Ekos live which is being updated in a soon to be released update.

Yep I've reinstalled the app on the tablet and done a factory reset on the Stellarmate gadget and still can't connect. Simply the getting the same loop as before. Even though the gadget and the tablet are on the same network.

Frustrating! So any ideas would be well received.

Don't know what I'm doing wrong but any help would be appreciated.

Thanks for any information.

Andrew Jeffries created a new topic ' Stellarmate up and running' in the forum. 1 year ago

After my trials with connection issues I finally have seen the power of this amazing piece of software. I can only say how remarkable it is that amateurs can home in on a tiny point in space and photograph the object that is lying there. Watching plate solving work was a eye opener and then to see the object I wanted smack bang in the middle of the FOV was something to behold. I think I am beginning to really like this software. Unfortunately cold autumn nights also bring dew and my time at at the telescope was cut short as I need to fit my dew heaters. I had seen what I wanted though and it was amazing.

So my thanks to the team who have created this software system which combines everything in one package. You have done a great job.

Andrew Jeffries replied to the topic 'IProblems with Canon DSLR' in the forum. 1 year ago

So that's how it is done. I've been having the same problems and saw your response and tried it. No more problems. Thanks.

With another good night I thought it time to check what is happening and see if I can reproduce the same unparking issues and see them on the log files. Well I had the same problems but didn’t reset the logs from default to file as I thought the default would create a file. So no file again

So having found how to create a file I decided to do a test run from Parked to Vega then to Cappella and finally Alpheratz. I noticed during this run that it took some time to complete and on examining the logs noted that there was a loss of communication with the mount on five occasions. See the attached logs, one direct from Kstars and the other where I have highlighted the disconnects.

For information here, I am running Stellarmate connected to the Synscan WiFi dongle plugged into the mount - no FTDI cable. I use a MacBook Pro which is connected to the dongle via WiFi thus completing a small WiFi based network. Apart from the unparking issue this has worked well enough on test in the past and on one occasion when I did a visual survey, going from target to target was faultless.

What I am wondering is if there any Gremlins getting in with using two devices which are both trying to create hotspots although I have made the Synscan a connection on StellarMate. But are they competing with each other to have control? - Don’t know. Not enough of a networking Geek to be able to answer that one.

What are the thoughts of those of you who have tried this and is it worth scrapping the idea of using the dongle and buying an FTDI cable to give me a hard connection between mount and StellarMate and simply using the StellarMate WiFi connection from the Mac.

Your thoughts would be appreciated

Will send next time I see the problem. Don't have the option checked at the moment.

Andrew Jeffries created a new topic ' Can't unpark' in the forum. 1 year ago

I’m running Stellarmate on a RPi and have been really pleased with the functionality that has been brought together in one package. I have though been frustrated by a problem with getting the mount to connect and when it does, unparking it. I’m using the Synscan WiFi dongle on the mount which Stellarmate seems happy enough to connect to.

Four nights ago I gave the mount (HEQ5 pro) a test as I yet to use this kit to its full potential having only just acquired it and am getting used to how it works. I would add I’m a complete Ubuntu noob although happy enough with using command lines from messing about with windows computers. The test ran well I went from object to object with no trouble, everything connected as it should and performed as expected. So having visually notched up a few more Messier objects I thought the next night, I would photograph them.

The following night I set up the kit and powered up connected to the mount camera and guidescope with no problem but would the mount unpark NO it just sat there like an oversize paperweight. Ok, so applying the principal that power down and power up should sort it out that is what I did. Now the mount wouldn’t connect. After a few more attempts which included shutting everything down I managed get the mount online but still it wouldn’t unpark. Looking on the forums there seem to be a few mentions of unparking but none that seemed to relate to the issue I was having.

The third night was a night off at the astro society but even there a friend who’d put me on to using the RPi couldn’t fathom the problem. At least I got a look at the sky through the 12” Newtonian we have.

So the fourth night and I’m late to the ‘scope but again connect everything up and at first can’t even see the Synscan dongle so after a bit of tinkering I check the RPi’s connection is to the Synscan and by disconnecting and reconnecting, everything runs perfectly again. The mount slewed from object to object and even parked correctly so a success. Unfortunately the weather has turned and we have lost the clear nights for now.

Apart from the weather does anyone have any idea why having successfully connected to the mount I can’t then unpark it?

Thanks for this suggestion. I'll look it up when I see the problem next and give it a try.

Yes, tried them both. No joy.